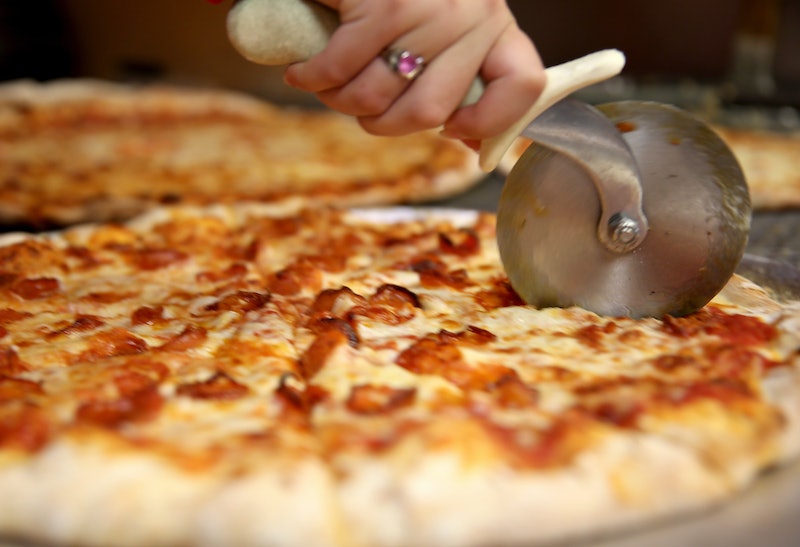 It's funny to look back and think about how much time we all spent as kids "just wanting to grow up" given that as adults all we want is to go back to the days of pizza parties and sleepaway camp. But the good news is that as adults, we might be getting a second chance: There's now a pizza-themed sleepaway camp for adults. And you know you want to go.

The straightforwardly named Pizza Camp is happening this weekend in Maple Plain, Minnesota. The camp as first formed in 2014, and has hosted a camp every year since at the Baker Near-Wilderness Settlement in Maple Plain. Campers stay in the settlement's cabins, and are allowed to bring their own alcohol (though hard liquor isn't allowed). Because sometimes being an adult comes with its own perks. And, of course, all meals are pizza-themed. Campers also get to take home pizza swag like T-shirts, tote bags, and a pizza pin.

Plus, you get to do all the activities you remember from camp as a kid like camping, canoeing, and archery. Also, did I mention pizza?

Because you get to eat pizza for lunch and dinner (breakfast is apparently pizza-free, just in case you needed a break). And this year, for the first time there's even pizza-themed dinner music: "the saucy sounds of The Time Life Pizza Collection," who are apparently "a duo with a supreme repertoire of 100-plus pizza cover songs across every genre who are flying in to perform for Pizza Campers."

The camp lasts from Friday through Sunday and costs only $99. Which is enough to make you wish you lived in Minnesota — or, if you do live in Minnesota, enough to make you wish you'd known about it sooner. But never fear! Presumably we can all get our chance to attend next year's camp. Because let's be honest: An overnight pizza camp is the best thing you've heard of in ages.

And in the meantime, we'll pass the time by having our grown up pizza parties. Because who says you have to grow up?