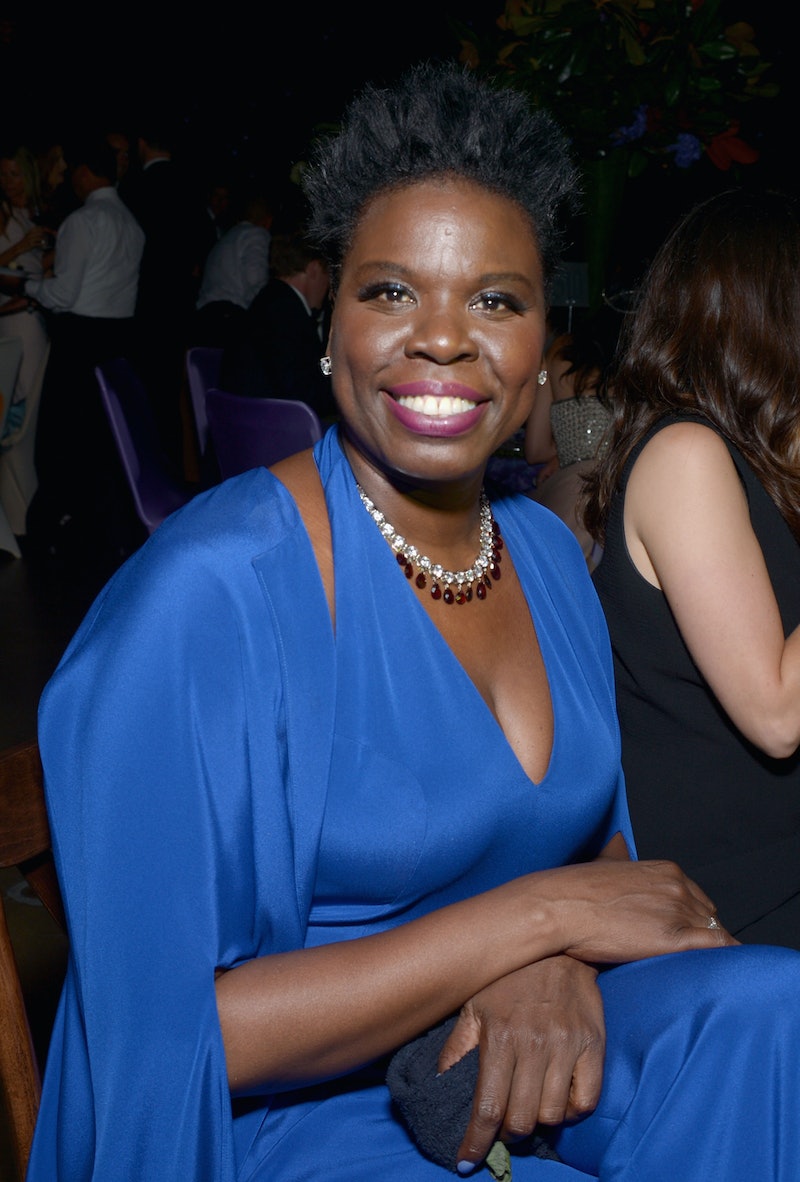 When the camera wasn't rolling at the 2016 Emmys, Leslie Jones wasted absolutely no time in being the most relatable celebrity in the world. The Saturday Night Live star made the most of Sunday night with behind-the-scenes Emmys live-tweeting goodness, and, in typical fashion, Jones tweeted everything from pictures with her favorite television stars to hilarious anecdotes that any fangirl would agree with. Basically Leslie Jones was all of us while attending the 2016 Emmys, because, for her, this wasn't just any old award show. It was her favorite television shows being brought to life right in front of her eyes, and she reacted accordingly.

Now, of course — if you're an avid Jones Twitter follower — you know that censoring herself is just not something she does. In the wake of her Twitter controversy, the SNL star has only kept pushing on with her usual, totally empowering tweets. And, if you follow her on Twitter and watch Game Of Thrones, you just know that your Sunday night viewing parties would be nothing without Jones' GoT commentary. So, of course, she was sure to get her fill of the GoT stars (and more) at the Emmys After-Party, because Jones is as much of a fangirl as she is a famous person.

But, as expected, her being starstruck didn't end there. As a comedian herself, SNL's funny girl had many of her comedy idols and colleagues make it onto her sacred Twitter account as well — including the likes of Keegan-Michael Key, Angela Bassett, Courtney B. Vance, Ray Romano, Chris Rock, Charo, and, of course, the 2016 Emmys host: Jimmy Kimmel.

And, after a much-needed cell phone charge, Jones had nothing but love and support for her SNL co-star Kate McKinnon, and she was sure to crack some of her own jokes as well — especially when it came to meeting singer John Mayer.

Seriously Leslie Jones, this is why we love you. Can we get her reporting on next year's Emmys red carpet? That would be one red carpet show I would definitely watch.