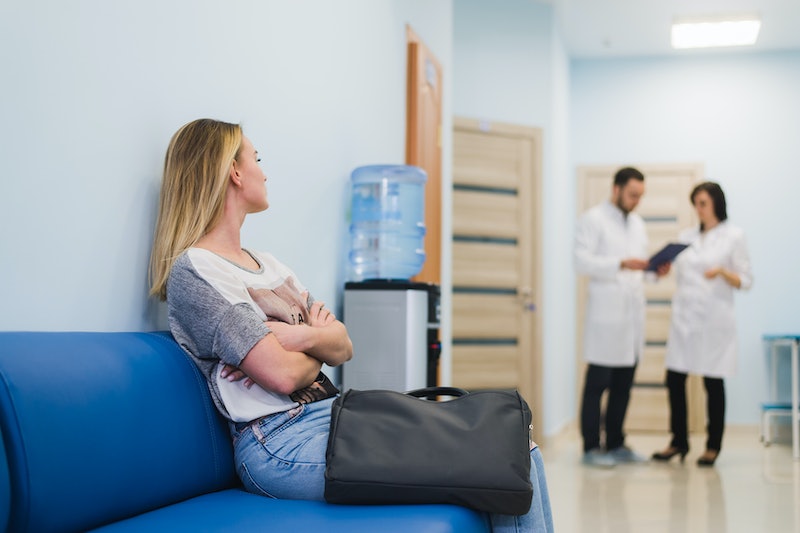 You would think that, in 2016, the United States would have reached the point where opening an abortion clinic is no longer considered a controversial act. But Trust Women South Wind Women's Center just became the first abortion clinic to open in Oklahoma in 40 years, and it's already facing backlash. The hostility that the clinic has been met with reminds us why there are still so few abortion clinics in Oklahoma and throughout the country — and how badly more are needed. The bottom line is that it should not be this difficult for people in need of abortion services — which, as we keep having to remind people again and again, are absolutely legal — to receive them.

The new clinic hopes to perform 1,500 abortions in its first year and provide more as time goes on. It will also provide OB/GYN appointments, emergency contraception, adoption, and other reproductive health-related services. Sounds like a good thing, right? Unfortunately, not everyone saw it that way.

This summer, a 100-person church group held a protest outside the building where the center was set to open. Trust Women founder and CEO Julie Burkhart told Mother Jones in August that religious opponents held regular lunch protests there, and that the health department repeatedly rejected her proposal even though the center adheres to its regulations. That didn't stop her from opening the clinic, but she continues to face opposition. For example, Lorryn McGarry, a spokesperson for the anti-abortion Holy Innocents Foundation of Oklahoma, told the Associated Press, "We are grieved to hear of the abortion industry moving into south Oklahoma City, and we will do all we can to pray for a change of heart for all involved."

Perhaps due to sentiments like these, the state went since 1974 – the year after the Roe v. Wade decision, which was made in 1973 – without any new abortion clinics opening; additionally, there had never been any abortion clinics located in Oklahoma City before. The only others are Reproductive Services of Tulsa and Abortion Surgery Center in Norman, and if some legislators had their way, none of them would exist.

Just last year, the Oklahoma legislature proposed a measure to make giving an abortion punishable by up to three years in prison. They didn't pass, but there have been fewer abortions in the state over the past few years. The number peaked at 6,807 in 2006, but last year, there were only 4,330.

According to Burkhart, it's more than just abortion rights that need to change. "If you look at this part of the country, there is a lack of access to reproductive health care, and frankly a lack of access to health care across the board," she said, according to the Associated Press. "It's hard for women who want to give birth to find OB-GYNs to help them deliver their babies."

Access to reproductive health should be a basic human right — and, in fact, the United Nations considers it one — and people should not face punishment for seeking it out or providing it.