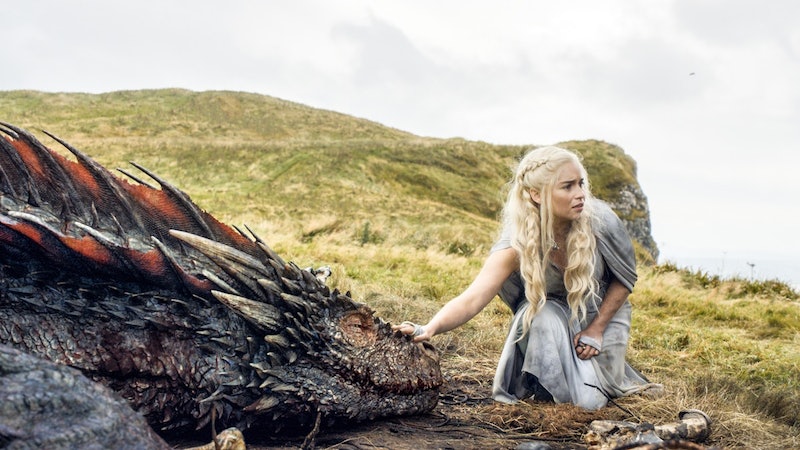 in the category of "things most unlikely to ever happen," pretty close to the top of the list is the remaining books in the A Song of Ice and Fire series coming out at a pace that is remotely satisfying to me. So, when George R.R. Martin discussed writing a Game of Thrones prequel, I was more than a little pessimistic about when we'd actually see such a tome. But a show based on the Westerosi backstory? Now, that seems a lot more feasible. After all, The Winds of Winter has already been pushed back so far that the TV show passed the books, and there's still a whole volume behind this one before the written series is completed. The show has traditionally moved a lot faster. Like, it's hard to imagine Martin making any kind of headway on a prequel for years — or maybe even decades, if we're being realistic.

Since it's already confirmed that Game of Thrones will wrap up after Season 8, and with the series still being one of the most talked about on television, the timing really couldn't be better for a prequel-based spinoff. Showrunners David Benioff and D.B. Weiss have already shared that they're "not opposed" to the idea of a spinoff in general, and there are tons of possibilities for potential GoT -spinoff plot lines out there.

The way Martin spoke about the potential project backstage at the Emmys on Sunday makes me think that the prequel would be ripe for a spinoff. According to Vulture, Martin is cautiously optimistic about a prequel, saying: "I do have thousands of pages of fake history of everything that led up to Game of Thrones, so there’s a lot of material there and I’m writing more, [but] at the moment we still have this show to finish and I still have two books to finish so that’s all speculation."

As exciting as this is, it seems pretty clear that we shouldn't expect said prequel anytime soon. However, Benioff and Weiss have had great success before crafting a season around Martin's notes when there wasn't a full-on book to adapt, so why should this be any different? It sounds like all the raw tools are there, and the showrunners could potentially just dig through the material themselves to pluck out promising storylines.

They wouldn't even need to take Martin away from his more... ahem... pressing writing. That way, we'd get the best of both worlds: a Game of Thrones spinoff from two creators who have already more than proven themselves, and further books from George R.R. Martin at his own, unhurried pace.