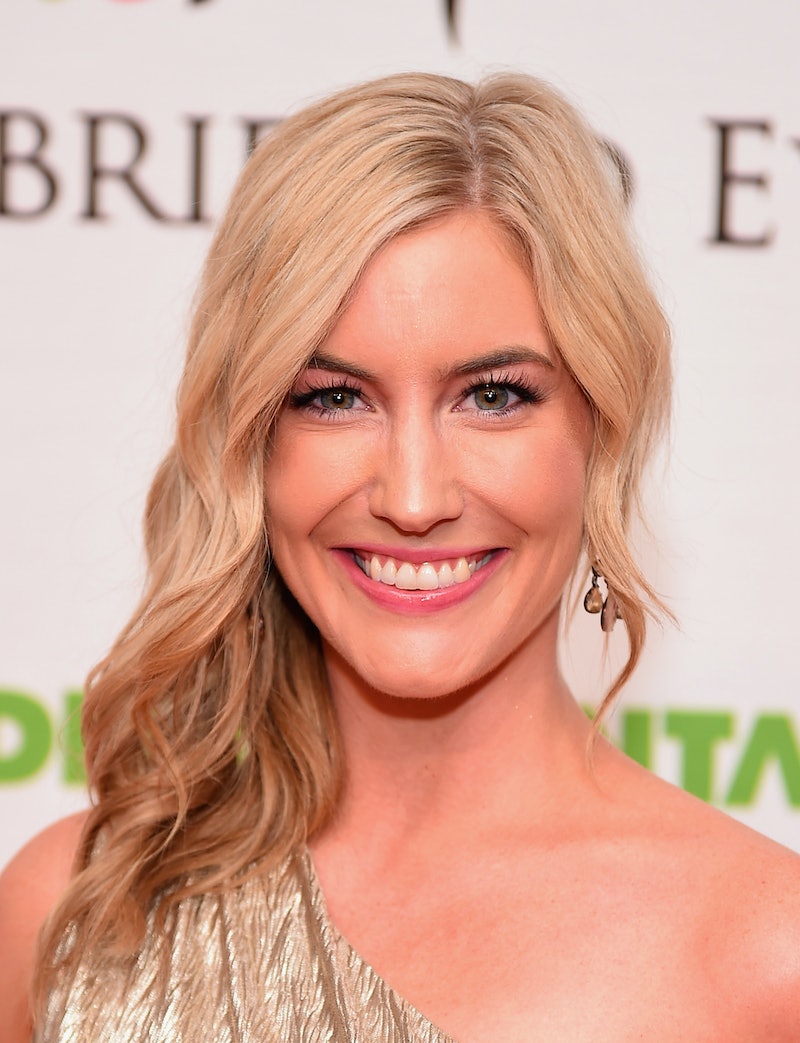 I'm starting to think that, once you go on a reality show like The Bachelor or The Bachelorette, it doesn't actually matter if the relationship works out because it's usually the start of good things in your life. Take one half of the more recent failed couples, for example. Where is Whitney Bischoff now? She and Chris Soules may have broken their engagement, but Bischoff doesn't seem to have spent much time wallowing. She's currently engaged to another man.

Even though he came from the world outside Bachelor Nation, I can't help but think that going through the whole process of The Bachelor helped clarify things for Bischoff — in regard to what she wanted in a relationship and how to communicate that to a partner, I mean. It's always a bummer when things don't work out for a couple, but Whitney Bischoff is living proof that learning from your negative experiences can be so valuable that it almost turns them into positive ones.

Since Season 19 of The Bachelor wrapped in 2015, with the finale followed two months later by her breakup, Bischoff has kept herself busy. According to the Courier Journal , the 31-year old is originally from Kentucky, but now lives in Chicago, where, at the time of the show, she worked as a fertility nurse at the Fertility Centers in Illinois. She still lists that as her occupation in her Instagram bio, so it seems that Bischoff continues to work hard at her career, suggesting that she really loves what she does.

Speaking of love, Bischoff has found it, off-camera this time, with a man named Ricky Angel, a regional sales rep who's also from Chicago. That's presumably how Bischoff and Angel met. She first referenced their relationship in January 2016, and the pair announced their engagement in July 2016. So exciting.

The two haven't officially set a date yet, and try to keep their relationship under wraps — Angel's Instagram is actually private, for example — so we don't know much about how they spend their day-to-day. From what we can see of Bischoff's profile, however, it looks like she enjoys the simple things in life, like a nice glass of wine after a long day and spending time with her adorable dog, Lillie.

It looks like a pretty nice life to me, and it seems like Whitney Bischoff doesn't miss a thing about her public relationship, so I'm glad that her journey has led her to such a great place. Fingers crossed that the same thing happens for Chris Soules, and anyone who's stumbled on their way to find love within the Bachelor franchise.