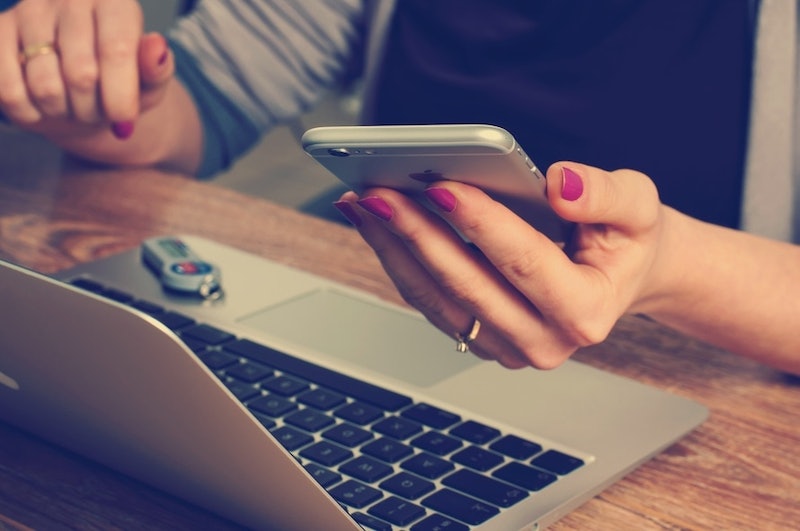 You beseeched ye olde gods of Twitter, and they have not forsaken us: the Twitter character limit change is officially here. Twitter's official account tweeted on Sept. 19 with the announcement that photos, videos, GIFs, polls, and Quote Tweets no longer count toward the 140 character limit, which is really going to change the game for my fellow ~expressive~ Twitter users out there. Up until today, if you were going to post a tweet with any of those forms of media, they put you back 21 to 23 characters to accommodate the link. Now that the link doesn't count, you can use those lost characters to do more important things like hashtagging or @ tagging your mom about all trending Hamilton news like the unabashed dork you are.

The rumors of the character limit change began in January, when users mistakenly believed that the new character limit would be (gasp!) a full 10,000 characters. For perspective, that is more than 71 times the size of the tweet room you have now — like, you could write a Twitter thesis with that kind of space. But Twitter CEO Jack Dorsey dismissed the rumors, and last week The Verge reported that the character limit changes a-comin' were all related to those pesky media links. Huzzah for it finally coming to pass!

Users seem pretty jazzed about the change, too. Within seconds people were responding with celebratory GIFs at the main Twitter handle — oddly enough, a ton of official sports team Twitters, but I imagine live-tweeting games with media in the tweets would get to be irksome with those links counting against them. Regardless of whether or not you are the social media director of D.C. United today, we all have reason to celebrate.

But in the midst of all this celebration, never to forget this truth-iest truth from the forefather of Twitter:

Go celebrate this new dawn of the freed Twitter character limit by taking to your accounts, my fellow Twitter users in arms. Send GIFs to your mom. Post photos of your embarrassing early 2000s outfits. Poll everyone on which Oscar Isaac movie character they would date and existentially destroy them when they still want to pick all of them, even the super duper morally corrupt ones (help me). THIS IS YOUR TIME IN THE SUN! GO FORTH!