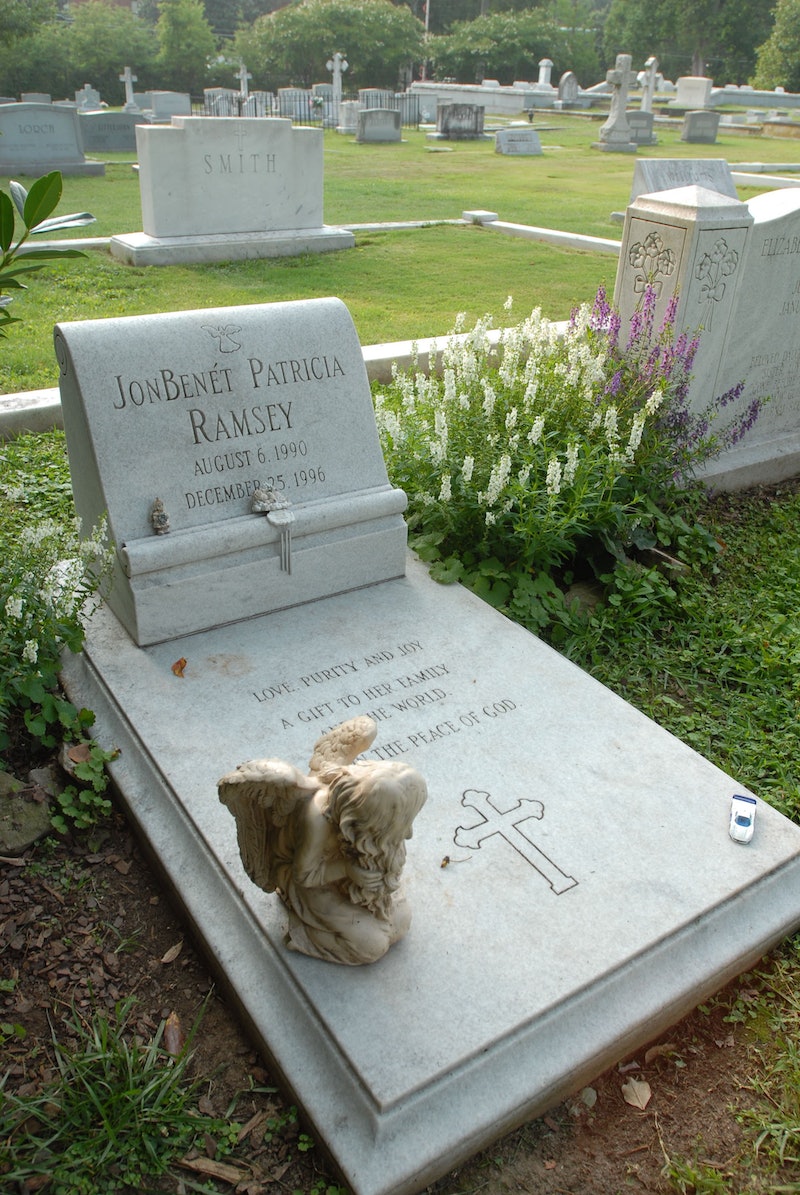 With Halloween fast approaching, we are bound to see some thoughtless, offensive costumes hitting the scene (It’s practically a rule). So let’s just make this clear, right from the get-go: JonBenét Ramsey Halloween costumes are not OK. Costumes featuring Ramsey have been around for a long time, but, given the renewed fervor over the JonBenét Ramsey murder case, spurred by the 20th anniversary of the child beauty pageant queen’s death, we can expect to see an uptick in JonBenét-themed costumes in October. And if you’re thinking of going that route, here’s my advice: Don’t.

To some extent, I get it. The JonBenét Ramsey Case is in the news, and it’s been part of the broader cultural landscape for a long time. JonBenét Ramsey herself was visually distinctive and extremely recognizable; unsettling photos of her as a young girl, dressed in pageant gear and made up to resemble a grown woman, are a major reason that the media and public were so obsessed with her in the first place. And some people might argue that, after 20 years, there’s enough distance between the murder and the present day to allow for costumes of her without offense. (However, you could also argue that the continued media coverage of the case — spiking this year with multiple documentaries and a TV movie — has kept the wound perpetually fresh. And that there are, perhaps, some things that will never have enough distance to make them appropriate objects of beer-laden Halloween parties.)

But we cannot forget that, at the end of the day, JonBenét Ramsey was six-year-old girl killed in her own home. Take away the sensationalism of the media coverage, the “Whodunnit?” narrative, and the public fascination with child beauty pageants, and what you have left is a dead child.

Turning the image of JonBenét Ramsey into a Halloween costume — alongside the silly pun costumes and the inevitable sexy nurse costumes and the candy corn and the keg — trivializes what happened to her and turns a dead kid into a joke. Don’t do it.

Besides, there are so many other things and people that you can use for your Halloween inspiration — it’s not as if forgoing a JonBenét costume will leave you without any options. If you find the whole child beauty pageant thing weird and fascinating, you can totally go as a child beauty pageant queen — in fact, you have the whole cast of Toddlers & Tiaras to use as muses. You should feel free to get creative, funny, and, yes, completely inappropriate with your costume this year — but leave JonBenét Ramsey and other victims of violent crime out of it.