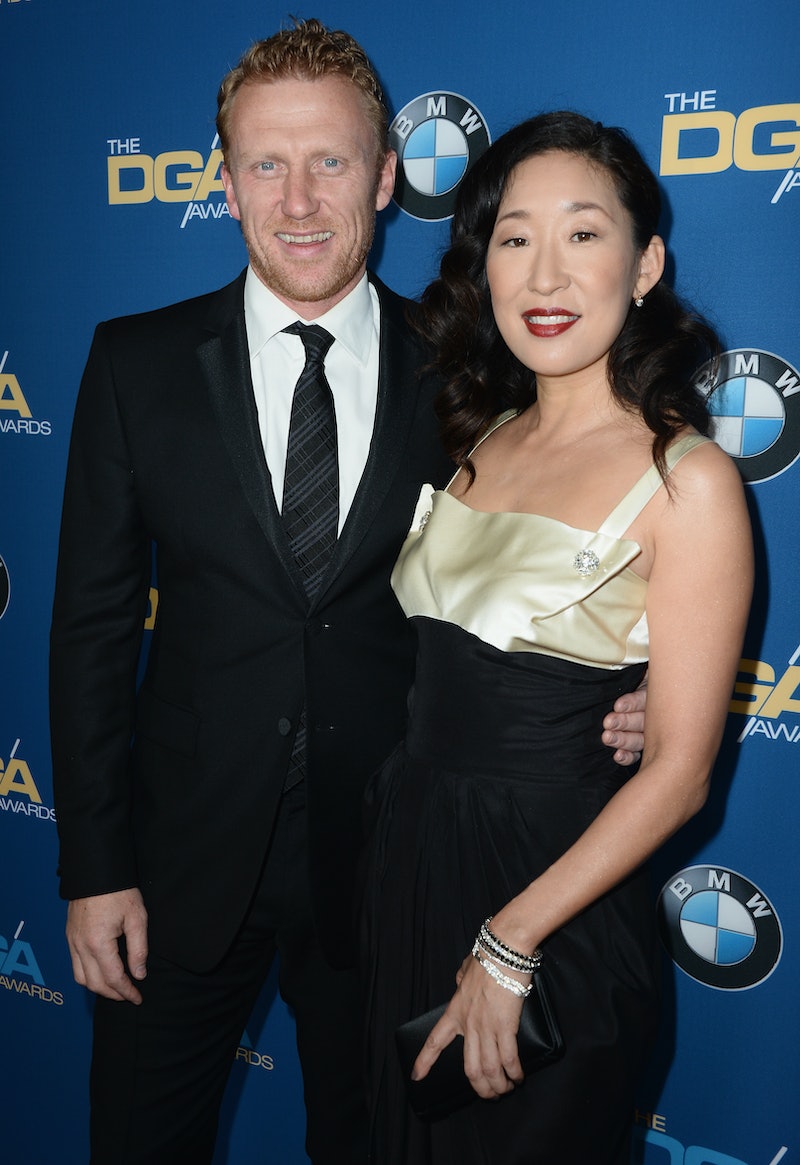 If there's one thing Grey's Anatomy fans aren't good at, it's saying goodbye to beloved characters. So when rumors started circulating about how Cristina Yang could return to Grey's Anatomy , everyone freaked out at the possibility and immediately started predicting when it would happen. But that's the thing. We don't even know for sure if it ever will happen... and it certainly won't be anytime in the near future. During a recent interview with ET Canada, Sandra Oh confirmed she isn't returning to Grey's Anatomy in the foreseeable future, despite the recent speculation that she'll pop up in Season 13. Unfortunately, it seems as though that's not going to happen.

"No, I have no plans to return to Grey's anytime soon," she told the outlet during the Toronto Film Festival. "I've gotta tell you those rumors, I don't know who starts them but it really is tough." And while that may not exactly be the news Grey's fans want to hear, it's worth pointing out that she didn't rule out the possibility completely — she simply clarified that it won't be happening as "anytime soon." In other words, she's up for coming back in some capacity... just not right now, which is definitely a better option than an outright "no."

But fans aren't the only ones who are hopeful for the eventual return of Oh's character on the series. During a recent interview with Jason George, who plays Dr. Ben Warren, he admitted that a Cristina or Callie Torres comeback is always a possibility and one that he'd very much like to see play out. "Anything is possible, I think, which is again some of the beauty of Grey's," George explains to Bustle. "You know, Isaiah Washington popped back in after multiple seasons of being gone, so I'd love to see anybody sneak back through."

Many fans thought that after Derek's death, Cristina would show up to be at Meredith's side, and yet she ended up being nowhere to be found. But that doesn't mean it couldn't happen at some point down the line, especially if/when the series decides it's time to hang up their scrubs permanently. "I told [Rhimes], 'If you guys want to finish it out however you want to finish it out, I'd be more than happy to come back," Oh told The Hollywood Reporter at the end of her Season 10 departure. "And if it doesn't fit in that way, I totally understand. I just want you to know that I'm available."

So it will happen eventually, it's merely a question of when. But as long as both Grey's and Oh are open to the idea, there will come a day when Cristina Yang dons those scrubs once more.