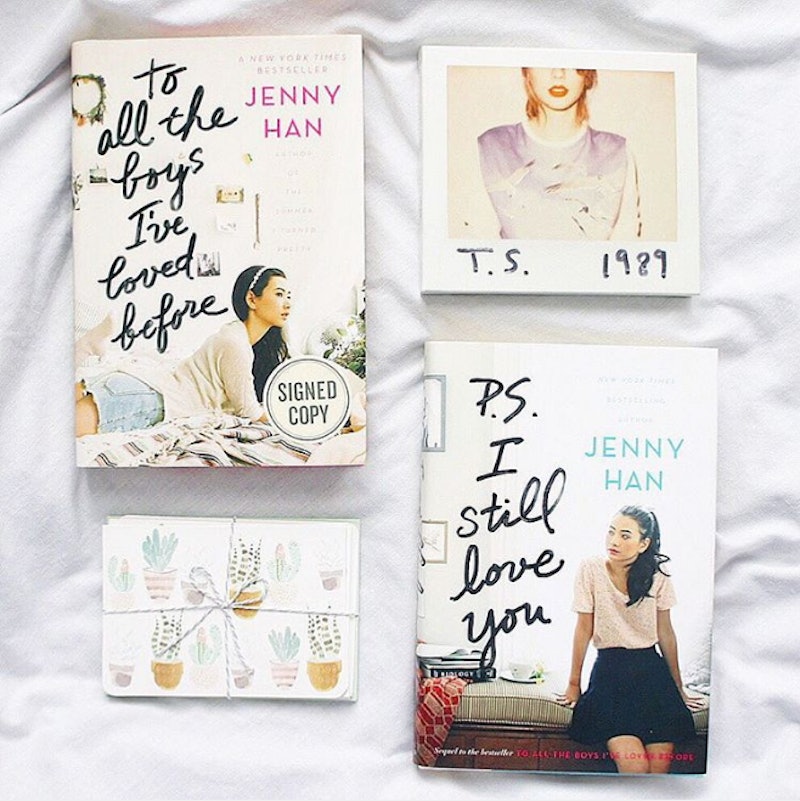 Back in May, New York Times bestselling author Jenny Han announced that she would continue the story begun in To All the Boys I've Loved Before with a third installment, Always and Forever, Lara Jean, due out in Spring 2017. Now, thanks to an interview with Entertainment Weekly, we know why Jenny Han's new book was written in secret.

If you thought P.S. I Still Love You was the last of Lara Jean's adventures in romance, don't worry. Han herself thought that she was done telling Lara Jean's story. "When I finished P.S. I Still Love You ," she tells EW, "I truly was done with the series." But when her mind kept drifting away from the project at hand to be with Lara Jean and Peter, Han began to wonder if there was something more to tell.

Still, she didn't want to jump the gun. There would be no frenzied announcements for a book that she might not be able to write and write well. "I kept the book a secret because I wanted to be sure I could do it, and I also wanted to be sure there was still more story to tell," Han says. "I worked on Always and Forever, Lara Jean for a few months before I breathed a word of it my editor or agent."

Always and Forever, Lara Jean brings Han's protagonist's story full circle. To All the Boys I've Loved Before opens with the oldest Song girl, Margot, going off to college. Now it's Lara Jean's senior year, she and Peter have a great thing going, and her father is getting married. But as "the looming reality of leaving home for college sets in," Lara Jean will have to figure out what moving away means for herself and the people she cares about.

As for whether or not there will be a fourth installment to Lara Jean's adventures, Han feels confident that this is the end. From Entertainment Weekly:

To me, this book feels like Lara Jean’s swan song. I see her perched on the seat of a candy apple red convertible, waving to everybody who’s been on this journey with her, taking one last look around before she drives off to whatever comes next.

Jenny Han's new book, Always and Forever, Lara Jean is available for pre-order now. Pick it up on Apr. 4, 2017 from your favorite retailer.