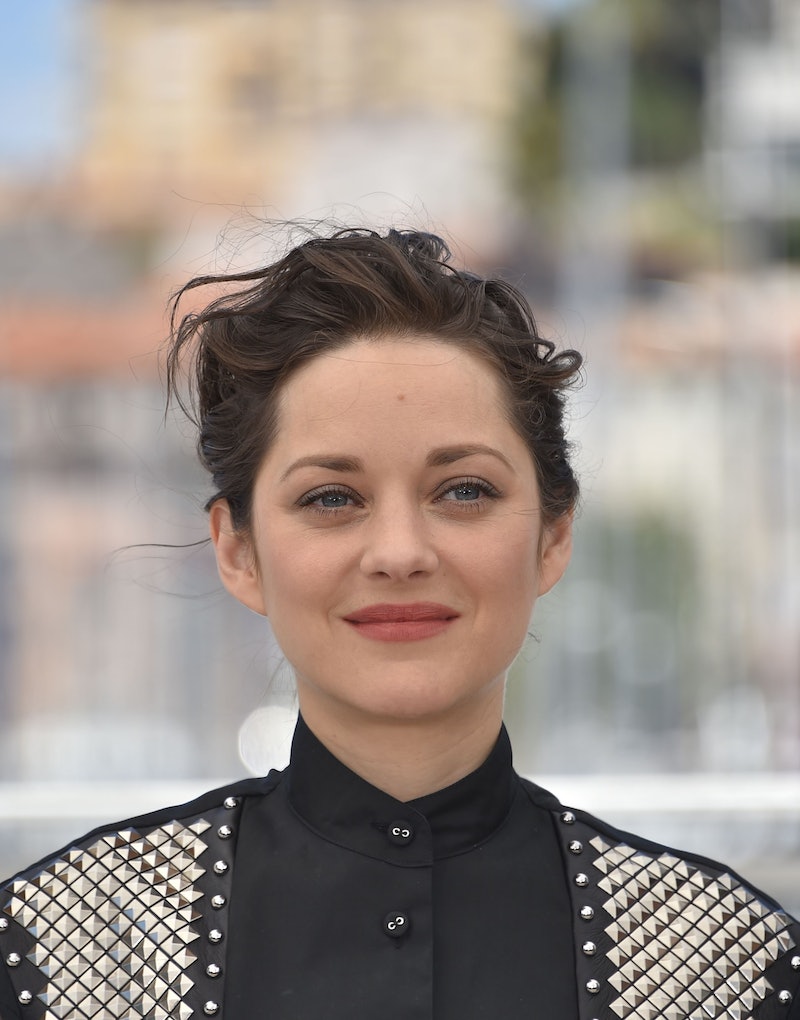 The rumors keep on coming, especially when it comes to Marion Cotillard. After Brad Pitt and Angelina Jolie's divorce was announced, reports surfaced that Allied co-stars Cotillard and Pitt were having an affair. However, a source told People that Brangelina's breakup had nothing to do with Cotillard. Now, another rumor is surrounding the actor. Hollywood Life claims Marion Cotillard is pregnant. Bustle reached out to both Pitt and Cotillard's reps about the affair rumors, and to Cotillard's rep about the pregnancy rumors, but did not receive an immediate response.

Update: Cotillard released a statement on Instagram denying the allegations of an affair with Pitt as well, and revealing that she's expecting her second child with her partner of nine years, Guillaume Canet: "I met the man of my life, father of our son and of the baby we are expecting. He is my love, my best friend, the only one that I need." Read the full statement here.

Hollywood Life reports that multiple sources claimed to the publication that Cotillard is almost done with her first trimester and that they do not believe Pitt is the father of the child. The site reports that The Dark Knight Rises star is expecting her second child with her partner of nine years, Guillaume Canet. They already have a 5-year-old son, Marcel Canet.

Closer, a French magazine, is also claiming (via The Daily Mail) that the Oscar winner is expecting her second child and will give birth sometime in December. Clearly, the details surrounding her supposed pregnancy are not matching up. If she is really due this winter, then that would make her at around six months pregnant as of September. However, Hollywood Life is reporting she's at the end of her first trimester, which would make her three months pregnant and her due date sometime in March.

A source reportedly close to Cotillard opened up to The Mirror about all of the rumors and said, "Marion and Guillaume are blissfully happy, and these kind of claims are not what Marion wants to be hearing." The source added, "Everyone in Paris is reporting that Marion is having another baby, and she looks absolutely blooming right now. She's said that all she wants to do is to enjoy some quality time with Guillaume and their boy. Claims that she's now cheating on Guillaume with Brad will leave her absolutely devastated. This doesn't sound like her at all."

Whatever the case, at this time both the pregnancy and the infidelity rumors are just that, so don't take them at face value.