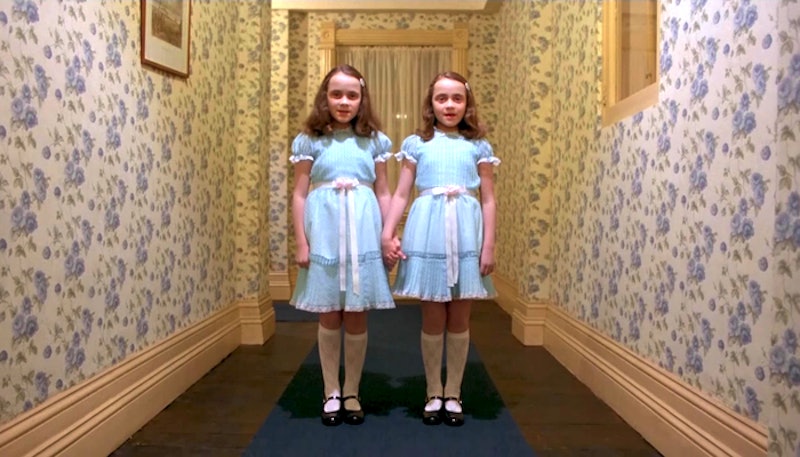 There's something strange, hidden deep in the recesses of human brain, that makes us like horror. Horror movies, TV shows, and books scare us (and if you're me, even the occasional trailer for a horror movie gives you nightmares). But we keep reading our Shirley Jackson novels and trying to convince our friends that the book version of The Shining is way scarier than the movie. The jury's still out as to why, exactly, we like horror so much. But if you do like horror, especially the kind of horror you can only find in the pages of a truly disturbing book, then here are a few things you'll understand.

Horror isn't always the loudest or most talked-about literary genre, but horror fans are there. Lurking. In the shadows. And some of the most beloved writers of all time specialized in horror: Edgar Allan Poe, Mary Shelley, Clive Barker, Shirley Jackson, Anne Rice, Stephen King, and H.P. Lovecraft, just to name a few (although to be honest, the most horrifying thing about Lovecraft was his racism and also his creepy face).

No matter who your favorite horror author is, or whether you prefer supernatural monsters to serial killers, there are a few things that every horror reader knows to be true:

1. You know that a good horror book can be scarier than a horror movie

Horror movies are all well and good. But no special effects team will ever be as utterly terrifying as your own imagination. When you read horror, you're creating the monster in your own head—and that just makes it all the more horrifying. Plus, scary books can't rely so much on jump scares or gross imagery to startle you. They need to crawl inside your brain and thoroughly creep you out from within.

2. ...which is why it’s so annoying when people have only seen the movie

C'mon people. You're missing out on so much! While most of us probably (respectfully) disagree with Stephen King, and prefer the movie of The Shining to that weird mini series, there's nothing better than the original book. And a lot of classic horror books are better known for their film adaptations. Some people might not even know that The Exorcist was based on a novel! Loving horror fiction can be a struggle sometimes.

3. Goosebumps was your gateway series

Oh, R. L. Stine. Where would we be without you? He has single-handedly frightened more children than any other man in America (I do not have the statistics to back up that claim). Sure, looking back on the books as an adult, some of them weren't really that scary. But they started a lifelong obsession. And at the time, nothing was as terrifying to you than the idea that a living ventriloquist dummy might murder you in your sleep.

4. You also loved the Scary Stories to Tell in the Dark books

Do you even remember how genuinely scary these books were? DO YOU? Every baby horror fan and their mom was reading Goosebumps. But it took nerves of steel to read the Scary Stories books as a kid. These stories had people getting ground up into sausages, scarecrows skinning farmers alive, and that one kid who eats the toe. And the illustrations, man... yikes.

5. You have elaborate survival plans for every scenario

You like to identify possible weapons and exit strategies every time you enter a room. You never know when the zombie apocalypse will hit, after all, or when your roommate will turn out to be a member of a satanic cult. Reading horror has taught you to Always Be Prepared (and never to investigate strange noises outside at night or drop a bucket of pig's blood on anyone).

6. Any author who can actually surprise you is your new favorite author

Like every genre, horror has its standard tropes and patterns. There's a lot of great horror writing out there, but sometimes you get stuck in a rut where you can predict every last scare. Horrific murders aren't as fun when you see them coming from a mile away. But when you find a new author who can actually shock, surprise, and terrorize you with their twisted plots? It's the BEST.

7. The horror genre gets no respect

The horror genre often gets lumped in with other "genre" fiction like sci-fi, fantasy, and romance—and none of them get nearly enough respect from the "literary" fiction types. You know that horror is just as legit as any other genre, but some people turn up their nose at any story involving intestines being ripped out or vampires making out with each other. Their loss.

8. You have a lot of feelings about Stephen King

Punny Haloween costumes are swell, but you veer towards the scary end of the Halloween spectrum. Terrifying trick-or-treaters is your specialty. You line up your October reading schedule months in advance, and by mid-July you've narrowed down your costume choices to three or four (or maybe five). You frequently dress up as obscure literary monsters, and spend half the night explaining your costume to people.

10. Nothing can scare you

Scare? You? Never. You've seen it all. You've hit your literary horror saturation point. Nothing can really scare you anymore.

And that's when the sheer terror kicks in. That's also when you remember that you like horror because it scares the living daylights out of you. So keep reading, horror fans, and enjoy those nightmares...