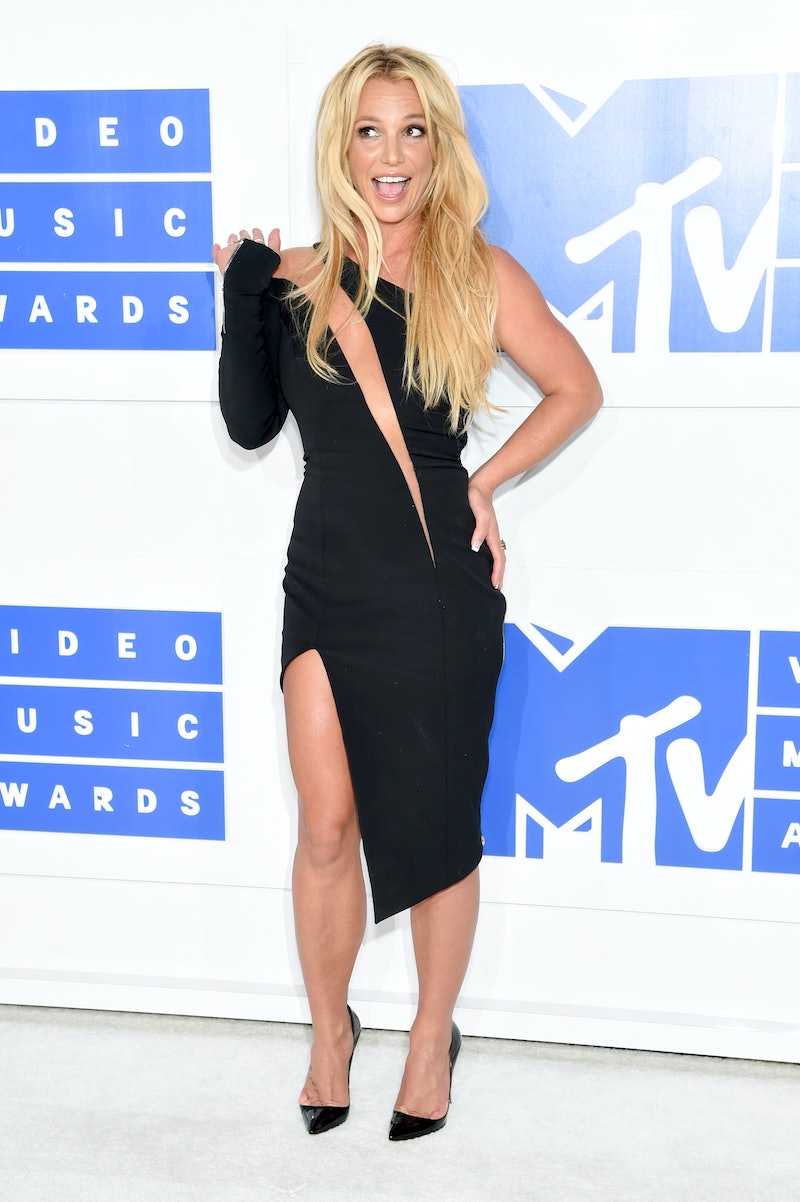 If you're in need of a good laugh, thank Sean Preston and Jayden James Federline. As seen in a video shared by the singer on Twitter Thursday, Britney Spears' kids scared the crap out of her and it's freaking hilarious. What is it about scaring someone or watching a person get scared? It really just puts a smile on my face. However, I'm definitely not laughing when I'm the one being scared. Thankfully, I wasn't on the receiving end of this scare, because Spears' kids got her good.

In the video, which the Glory artist captioned "My damn kids," Sean Preston says to the phone's camera, "We're about to scare the heck out of mom. We stole her phone." He then says, while signaling the camera (who I assume is being held by his brother, Jayden) to follow him, "She's walking." He then patiently waits before Spears obliviously walks by and then lets out the loudest scream ever, which causes Spears to scream bloody murder and fall to the ground. After hitting the floor, she yells, "Sean Preston!" Like everyone else who scares someone and everyone who's watched the video, the boys laugh hysterically. They also probably congratulated themselves for pulling off their master plan successfully.

Besides watching her boys in action and them being all adorable, one of the best parts of the video is hearing how low Spears' voice goes. I've never heard her sound like that ever before.

I can only hope that Ellen DeGeneres gets wind of this and that the next time Spears appears on The Ellen DeGeneres Show she gets scared. Better yet, maybe DeGeneres should invite Sean Preston and Jayden James onto the show to scare their mom all over again. Now that's a genius plan if I do say so myself.