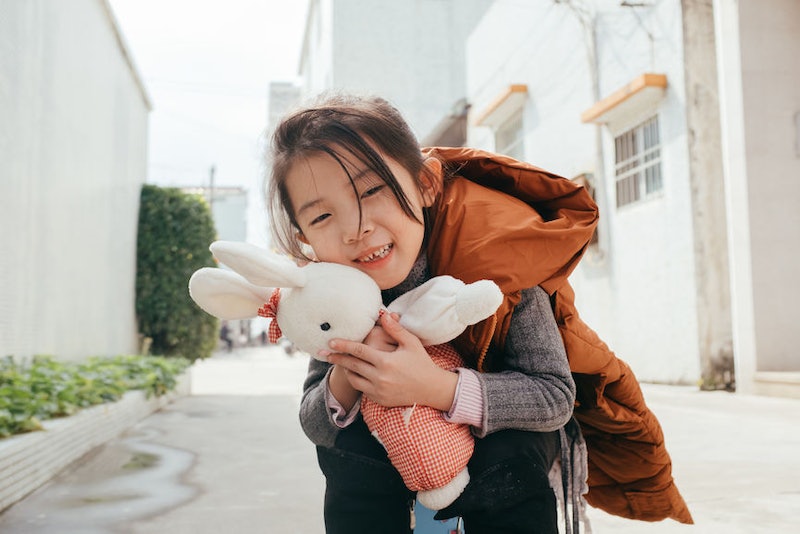 Although the U.S. has made some progress concerning equal pay since I first started writing about wage inequality over a year ago, we still have a long way to go — and I mean that quite literally. Researchers predict that, if we keep progressing at the current rate we're going, it could take as long as 136 years to close the gender wage gap; a figure 18 years longer than the World Economic Forum predicted back in 2015. According to the new report, published by the American Association of University Women (AAUW), women can expect to receive equal pay for equal work in 2152; a statistic which is made all the more frustrating when you consider some of the other futuristic things that have been predicted before equal pay.

Of course, I don’t want to only focus on the negative. As Bloomberg reported last Thursday, women of New York are now earning 89 cents to every man’s dollar, and the national ratio of male-to-female wages has gone up a bit as well. When I wrote a piece discussing the gender wage gap last September, women were reportedly making about 78 cents to every man’s dollar, but it’s more like 80 cents now. (That is, unless you’re a woman of color, or a woman living in Wyoming — where women earn an average of 64 cents to their male coworkers' dollars.) It’s still upsetting to think about how much futuristic stuff we’ll probably see before we see the wage gap close, though.

Here are just a few futuristic things that have been predicted before equal pay.

As Fusion reported last February, researchers at Wakeforest University have already successfully printed a 3D ear, transplanted it onto a mouse, and kept it alive for two months; not only did scientists manage to create a viable organ, but that organ formed new cartilage tissue and blood vessels over it's two-month lifespan. Furthermore, after a Russian company successfully transplanted a working thyroid gland onto a mouse earlier this year, their CEO suggested that fully-printed organs may be a reality within the next 15 years.

This is obviously awesome; this scientific breakthrough could save countless lives in the future. That said, it's troubling that our society is already figuring out how to print organs, but the idea of pay equity is still apparently too difficult for the majority of lawmakers and civilians alike to realize.

Alright, so the word, "affordable" is a bit misleading here. Traveling to space will probably never be cheap, but it's very likely that we could see a significant decrease in the cost of space tourism within our lifetimes. Currently, you would have to shell out at least $250,000 to Virgin Galactic tour the International Space Station. As The Telegraph reported last March, however, that price could drop all the way down to $10,000 "in a decade or so." So if your unequal salary can accommodate it, you'll probably be able to take a spacecation by 2030.

As you may know, we already have cars with some self-driving features. Certain G.M. models offer automatic braking, and cruise control has been around for quite some time now. Futurists believe this is only the beginning for self-driving cars, though. In fact, last June, Business Insider reported that approximately 10 million self-driving cars will be on the road by the year 2020. Moreover, literally decades before equal pay becomes a reality, we will see the invention of cars that can drive themselves 100 percent of the time. According to Business Insider, "Experts say most driverless cars will operate entirely without a human occupant's control by 2035."

Additionally, Jetson-style flying cars will also likely be a real thing before women and men are paid equally. Actually, they're kind of a real thing now — they're just not available for commercial use yet. As CNN reported in 2015, "Terrafugia, an American firm founded by MIT grads, expects to start production of its 'Transition' flying car in 2017. It's already accepted deposits from roughly 100 customers."

4. A 50 Percent Decrease In Global Warfare

That's right: according to a 2013 report from International Studies Quarterly, we're closer to achieving world peace than we are to eradicating wage inequality on a global scale. While that's obviously exciting, somewhat sadly, this predicted drop in violence has more to do with the high cost of war than human kindness. According to the study's co-author, Håvard Hegre, "It has become too expensive to kill people." Hegre, a political science professor at the University of Oslo, told Apollon that, "Modern society is dependent on economic development. It is too expensive to use violence to destroy this network."

5. Computers With The Processing Power Of A Human Brain

Back in 2009, Cisco's top futurist predicted that we will have developed a $1,000 computer with the processing power of a human brain by the year 2020. Perhaps even more impressive is the fact that, according to Business Insider, "Neuroscientist Randal Koene and Russian financial-backer Dmitry Itskov are trying to transfer human consciousness and brain functions to an artificial body by 2045." Evidently, it's possible in our day and age to map the brain, reduce brain activity to calculations, and then turn those calculations into code.

So, basically, we could potentially be living the movie I, Robot before ladies and dudes make the same amount of money for the exact same jobs. Awesome.

Bustle has partnered with MTV’s Elect This to spotlight the issues that matter this election cycle. To learn more about gender issues and the pay gap, go to gender.electthis.com

More like this
5 Ways To Stand In Solidarity With Women In America From The UK
By Sophie McEvoy
How To Fight For Reproductive Rights, Based On How Much Time You Have
By Courtney Young
15 Years Of The iPhone, In Pictures
By Emma Carey
How to Delete (or Pause) Your Hinge Account
By Emma Carey
Get Even More From Bustle — Sign Up For The Newsletter