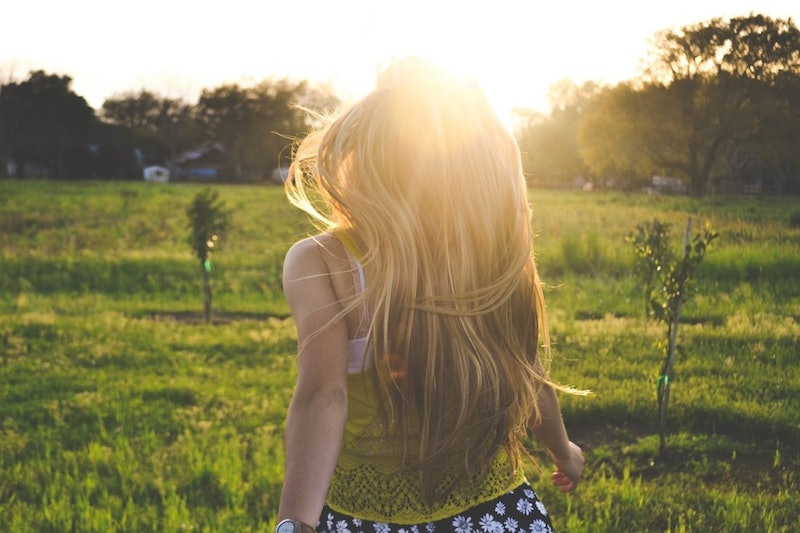 I've been bisexual in straight relationships for a lot of my life. There was the occasional awkwardness when I would talk about being into girls as well, but for the most part, people always assumed I was straight. I know some bisexuals in straight relationships, or not in any relationship at all, who have had a much rougher time with being bi than I have. People are wary of bisexuals generally, their partners may have a problem with it, or there are people who will straight up refuse to date them. For those people who chose to come out as bi, even if they've only been in straight relationships, it can be a traumatic process. If I'm honest, however, up until I started dating a woman a year ago, it's been relatively smooth sailing. Some people knew I was bi, some didn't. My family knew but sort of ignored it, and it didn't really cause any ripples.

But for the past year I've been (very) happily been in a lesbian relationship and it has been a totally different experience. While it's been hands down the best relationship I've ever been in, there have been some challenges being in my first same-sex relationship. First, I have to say I have no desire to speak in massive generalizations about men and women. Obviously, it's down to the person, but there are some differences in being with a man versus being with a woman. There are differences in the way people view you, the way you view each other, the way you interact.

So here are seven things I've learned one year into my first lesbian relationship:

1. Some People Are Difficult

No surprise here. I'm amazed at how many people feel the need to mutter "lesbians" under their breath as we walk by, but worse are the men who come up and hit on you when you're with your girlfriend and ask "Are you really gay? No, but I mean really?" And walking around with your girlfriend at night is just like walking home alone late at night but with added homophobia potential, it's not fun.

2. Some People Are Really Nice

Like, patronizingly so. People come up and say, "You guys are so cute together." Waiters are constantly scared to interrupt us to take orders or drop off the check if we're holding hands, despite couples all around us doing exactly the same thing. It's a bit of the kid-glove treatment — they're overly nice about not interrupting us, but it gets a little weird.

3. Everyone I Meet Now Assumes I've Never Seen A Penis

When I meet new people with my girlfriend— whether they're gay or straight— most people assume I'm a lesbian. Which feels really weird. People even say things like "The thing about dating a man is...". Which just makes me want to roll my eyes and say "Please, bitch, the dicks I've seen..." but that would super inappropriate. I do feel like I lose some of my identity with this assumption and I've yet to learn how to remedy it, but it's definitely something I'm working on.

In heterosexual relationships, there are some horrible gender roles that you always see and have to interact with, whether you support them or are working against them — the awkwardness of a girlfriend being able to buy more dinners than the boyfriend, the expectation of which of you will quit your job to take care of kids, etc.

But now I feel like I see just how pervasive they are in smaller ways, whether it's the expectation that your friend has to be nice to her boyfriend's friends when he never makes an effort with hers or relocating to be closer to the man's office than the woman's. When these things aren't considerations in your own relationship they seem even more glaring in others' relationships.

5. And You're Glad To Be Free Of Them

For real, though. While there can definitely be equitable heterosexual relationships (obviously) sometime it can feel like you have to work really hard to shake convention. It's so nice to just have it be assumed that you're equals in a relationship — to have no conventions to disregard. It feels like such a relief.

NEVER WAIT FOR A PENIS TO RECHARGE AGAIN. Lesbian sex is the best. Not only is there definitely a fundamental understanding of the female anatomy between you and your partner, there's not a definite end point — so sex marathons can really be marathons. My best advice? Pace yourself and stay hydrated.

There are some definite differences about being in a lesbian relationship versus a heterosexual relationship, but mostly what I've learned is that at the end of the day, it's still a relationship. Intimacy and insecurities, support and friction, challenges and celebrations, everything's still there. While there are things that are more difficult about being with a woman, the big things— both good and bad— are universal.