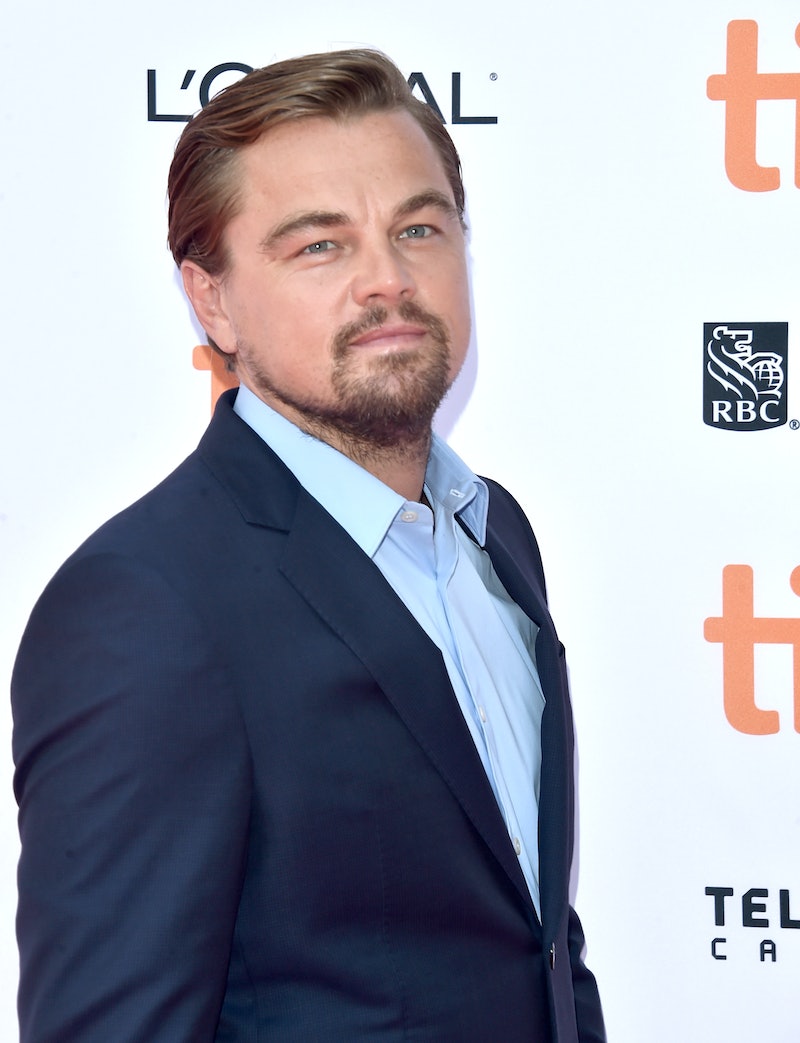 Here's a riddle: What do Barack Obama and Leonardo DiCaprio have in common? On the surface, not too much — other than the fact that they're both well-known figures. One is the President of the United States, while the other is an Academy Award-winning actor. But guess what? They share a common belief in improving the environment. The White House announced on Twitter that Obama and DiCaprio are working together and hosting a conversation about climate change. They're equally passionate about saving the planet.

As explained on their website, the White House is hosting a "festival of ideas, art, and action." Inspired by Austin's South by South West, they're calling it South by South Lawn (or SXSL for short). During the event on October 3, Obama will be joined by DiCaprio and climate scientist Dr. Katharine Hayhoe. Following the discussion, they'll be screening DiCaprio's new environmental documentary presented by National Geographic called Before the Flood. From the sound of it, it's bound to be inspiring and informative.

Admittedly, when I first saw the photo of Obama and DiCaprio pop up in my newsfeed, I was hoping they were getting together for a movie marathon. Perhaps to eat popcorn and watch Titanic, Inception, and more of DiCaprio's best works. But you know what? I'm all for this idea. Why not use two major public figures to draw attention to important environmental issues?

This isn't the first time the actor has spoken out about the environment. He's been an advocate for the planet for quite awhile now. Even when DiCaprio finally won an Oscar in February, he used the spotlight to speak to a greater cause. He told the audience,

"Climate change is real, it is happening right now. It is the most urgent threat facing our entire species, and we need to work collectively together and stop procrastinating. We need to support leaders around the world who do not speak for the big polluters, but who speak for all of humanity, for the indigenous people of the world, for the billions and billions of underprivileged people out there who would be most affected by this. For our children’s children, and for those people out there whose voices have been drowned out by the politics of greed."

Not only that, but in January, The Revenant star had a private meeting with Pope Francis at the Vatican to talk about the environment. He's clearly dedicated. The same can be said for Obama, who spoke at the UN's climate change summit in Paris last November. Plus, during his 2014 State of the Union address, he declared, "The debate is settled. Climate change is a fact." POTUS further explained,

"And when our children’s children look us in the eye and ask if we did all we could to leave them a safer, more stable world, with new sources of energy, I want us to be able to say yes, we did."

Honestly, Obama and DiCaprio sound like an environmental dream team — taking on the planet's biggest issues. Who knows, maybe they'll even make a movie in the future inspired by their efforts. I'd totally watch.

More like this
What Is Barack Obama’s Net Worth? He Makes *Way* More Now As An Ex-President
By Hugh McIntyre
Shocked Fans & Former Co-Stars React To Ray Liotta’s Death At 67
By Grace Wehniainen
'Stranger Things' Star Joe Keery Is Dating An "Indie Scream Queen"
By S. Atkinson and Grace Wehniainen
Laura Dern Said “Cultural Awareness” Made Her Rethink This 'Jurassic Park' Fact
By Grace Wehniainen
Get Even More From Bustle — Sign Up For The Newsletter