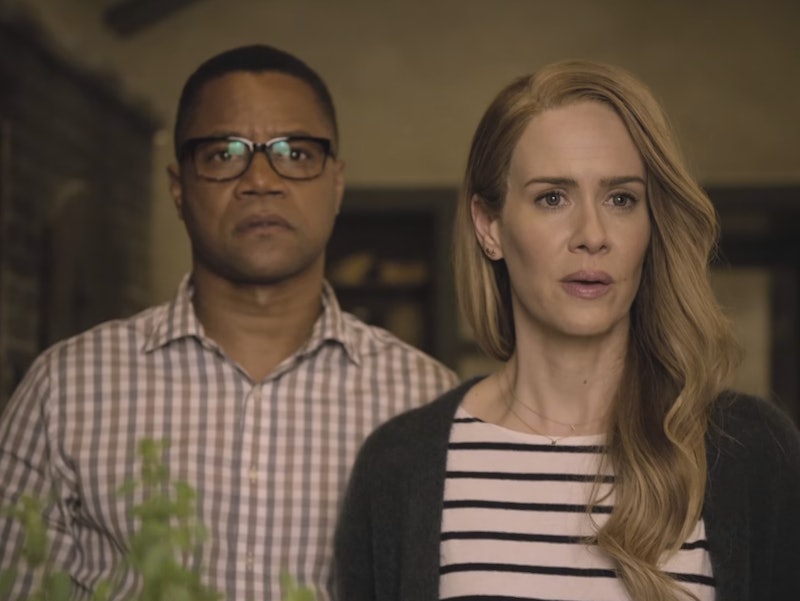 The opening title sequence is like a mini-show unto itself and considering that American Horror Story had the time to make over 10 trailers to advertise Season 6 (and throw off fans), don't you think they would have been able to make an opening sequence? But alas, there have been no opening credits and the series has only been twisting the butcher knife deeper by ending the first two episodes a few minutes early — not to mention, My Roanoke Nightmare is most likely only a 10-episode run. While I could just accept that maybe American Horror Story: Roanoke won't have opening credits, I've chosen to instead remain hopeful that this is all part of a master plan to manipulate fans once again.

While the true crime/documentary style of interviews and dramatic reenactments could be used to explain why there's no opening of frightening images in Season 6, I have a feeling Ryan Murphy & co. will be pulling the rug out from under us sometime soon. Meaning, that this whole documentary setup for AHS is not what it seems. When whatever secret Murphy is keeping is revealed, then I'll expect to see an opening credits sequence. But until then, I'll keep tuning in every week, anxiously awaiting the arrival of one of American Horror Story's most treasured features while continuing to be disappointed.