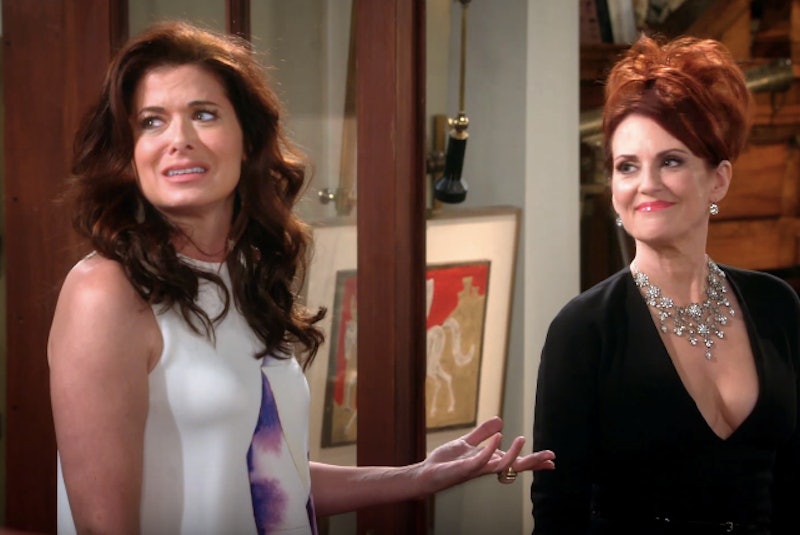 There has long been talk of a Will & Grace reunion, so the new 10-minute long election special of the show, released by the #VoteHoney campaign, has understandably gotten fans very excited. The original run of the series ended in 2006, but, despite the fact that 10 years have passed, the famous foursome haven't lost their hilarious chemistry. Reuniting Will and Grace in their iconic apartment was a fantastic idea, particularly as a way of getting people's attention regarding the upcoming election. But what does the short clip mean for fans of the show? Will there be more Will & Grace episodes in the future, or was this just a one off?

The special Will & Grace scene worked so well because it brought everyone's beloved characters into the present day. It's always fun to see what's become of the characters you grew up watching, and Will, Grace, Karen, and Jack did not disappoint. From talking about Fifty Shades Of Grey to their searing disseminations of the political battle between Clinton and Trump, the cast of Will & Grace were on top form and proved why we all loved the show so much to begin with. Please tell me this is only the start, and the cast will be reuniting again?

At the moment, there don't appear to be any official plans for a Will & Grace reboot, though that could always change given the outpouring of support from fans of the show following the election special. Cast members Debra Messing and Eric McCormack are both extremely active on social media, encouraging people to vote, and it seems as though their focus is on campaigning right now. However, as the numerous Instagram photos and tweets will attest, it looks as though the cast had an incredible time filming the Will & Grace special, and I certainly wouldn't be surprised if they wanted to reunite again soon.

The response from fans and fellow celebrities has been electric, and it feels as though the world is crying out for a fully fledged Will & Grace reboot already. The show might have disappeared from our screen 10 years ago, but Will & Grace still has a passionate fan base who want to see more of their favorite characters. In the age of Netflix, anything is possible, and, with such a strong critical response, it's possible that we'll be seeing more of Will, Grace, Karen, and Jack on our screens very soon.

More like this
Harry Potter's Viktor Krum Has Undergone A Huge Transformation Since Hogwarts
By Sam Ramsden and Meguire Hennes
Nicola Coughlan Shared A Lady Whistledown Excerpt From ‘Bridgerton’ Season 3
By Grace Wehniainen, Alyssa Lapid and Sam Ramsden
A New 'And Just Like That' Table Read Pic Confirms A Key Character's Return
By Jack Irvin and Grace Wehniainen
You’ll Definitely Recognise Both Of Ty Tennant’s Parents
By Maxine Harrison
Get Even More From Bustle — Sign Up For The Newsletter