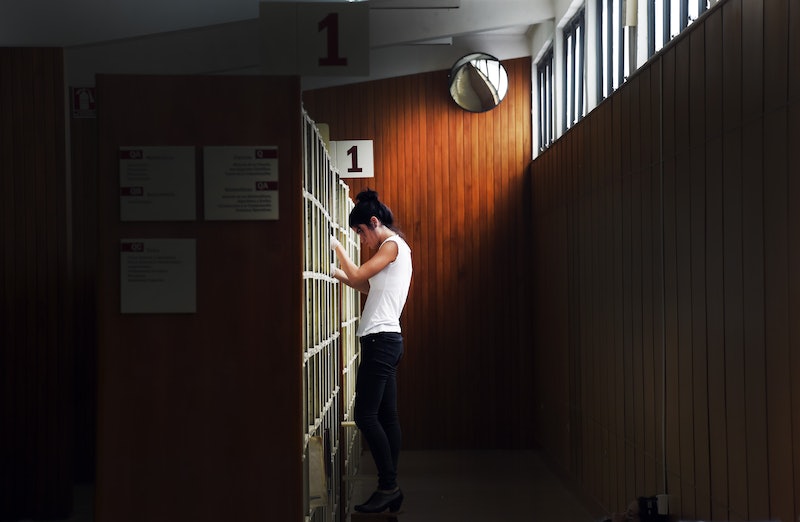 According to a new report from the School Library Journal, more school librarians are labeling controversial books and enforcing restrictive checkout policies today than in 2008. Censorship is the antithesis of libraries' mission to provide free access to information, but could labeling books help students?

It's likely that frequent book challenges play a role in school librarians' decisions to self-censor. Large portions of SLJ respondents say that they must make more decisions regarding controversial books today than in years past. A whopping 90 percent of elementary and middle school librarians, and 75 percent of high school librarians, told the SLJ that they had passed on purchasing a book because they thought its content might bring challenges from parents and others in the community. Respondents' top three reasons for not buying a book were:

Determining what is and is not age-appropriate isn't as cut and dry as it may seem. While I think we can all agree that some books aren't suited for most children, the fact remains that all kids mature at different paces. Placing potentially controversial books in age-restricted sections of the school library doesn't help if the 8th grader who can check them out is more ill-equipped emotionally to deal with the books' content than a mature 6th grader.

It's important to note that diverse books are more likely to be deemed inappropriate than books by and about straight, white, cisgender people. Although 37 percent of people in the U.S. are not white, "only 10 [percent] of books published focus on multicultural content," according to the Association of American Publishers. But 52 percent of challenged books feature diverse content, and those challenges lead school librarians to practice self-censorship, which may hinder students' access to the diverse books they need.

In September 2016, VOYA Magazine, "the library magazine serving those who serve young adults," labelled The Duff author Kody Keplinger's latest YA novel, Run, as being appropriate only "for mature junior and senior high readers," because of references made to the protagonist's bisexuality. At the time of this writing, VOYA has not responded well to criticism of its reasoning, and has insulted many who have spoken out about the problematic implications of stamping mature content labels to non-heterosexual characters.

Book censorship and restriction is oftentimes arbitrary, as a recent analysis of the Texas prison system shows, but some warning labels could be a good thing for students. Although they're the subject of intense debate and ire today, using content warnings for certain subjects is a smart move for any school librarian concerned about students' safety.

Affixing trigger warnings to books that contain references to rape and sexual assault, incest, physical and emotional abuse, eating disorders, substance abuse, self-harm, and suicidal ideation could help students who are recovering from trauma determine whether or not they want to read a title. More importantly, content warnings could prevent students from relapsing into harmful behaviors or having traumatic flashbacks, making them a boon to young people's mental health and well-being.

It's a shame that challenges to children's books have made school librarians anxious about providing their students with a variety of reading material, but labeling controversial books doesn't have to be a bad thing. It just might save a kid's life.