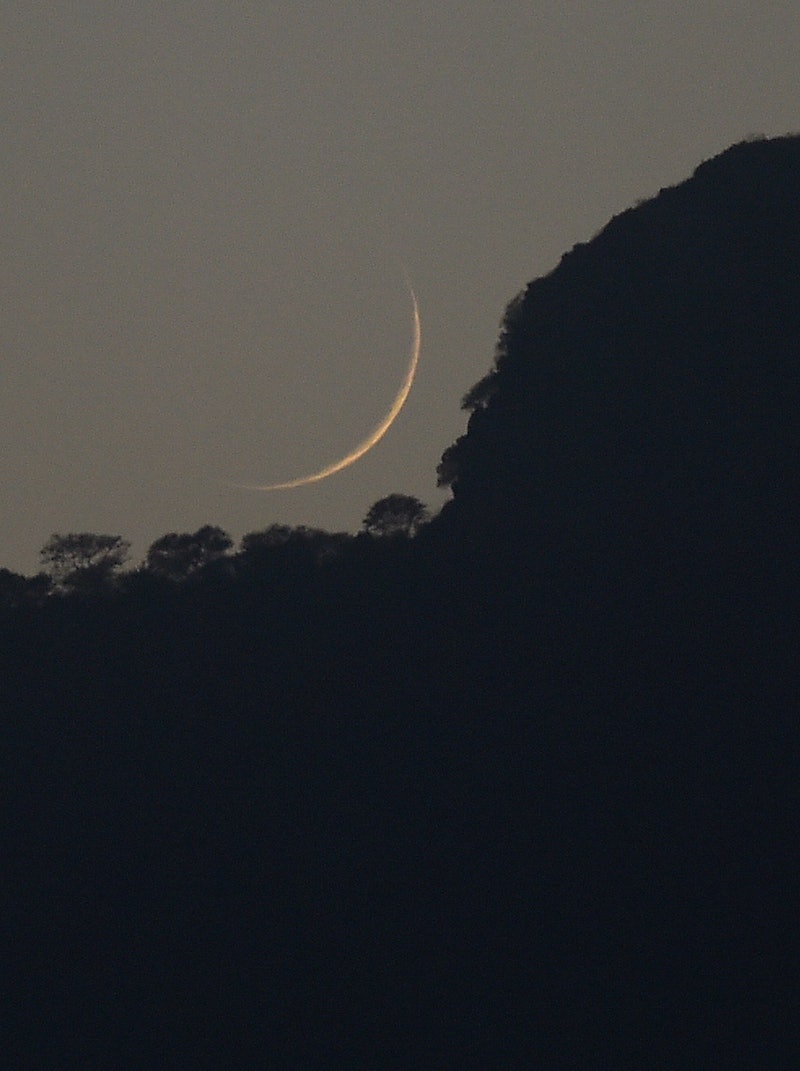 The night sky has certainly kept both astrologers and astronomers on their toes this September. In addition to two eclipses and a Harvest Moon, there is now, on the last day of the month, a Black Moon. But apart from sounding like the next Pirates of the Caribbean movie, what does a Black Moon mean? Is there any special significance to this event? What does it mean for my life, you guys? Obviously these are all questions that need answering, so let's take a look.

Both astrologers and astronomers agree that the year is generally divided into four seasons (winter, spring, summer and fall), with three months per season, and one full moon and one new moon per month. But there are, of course, exceptions. A month can have two full moons — in that case, the second moon is called a Blue Moon, an event which occurs every two to three years. A month can also have two new moons, with the second termed a Black Moon. Or at least, that's the most widely accepted definition of a Black Moon; as Time and Date points out, there's no one singular, definitive meaning of the term. It can also mean a calendar month with no new moon, a calendar month with no full moon, or the third new moon in a season with four new moons instead of the typical three.

But on Sept. 30, 2016, we'll be experiencing the most widely accepted definition of Black Moon: It's the second new moon in a single month, which only occurs once every two and a half years or so. It won't be covered in mist; it won't be like a spooky outline of a black cat; but it will have an effect on some of our witchier peers.

New moons and full moons traditionally hold a large amount of significance for both astrologists and Wicca practitioners (and ER doctors, creepily enough). New moons tend to be regarded as an open door, a chance to begin anew, to start again, to move forward into the next phase. It represents the planting of the seed, and the darkness that a seed requires before it is able to grow. This particular new moon comes jam-packed with positive vibes, particularly for Libras. Embrace the chance to move forward. Be ready for new adventures coming your way. You already did the dirty work earlier in the month, with the two intense, deep-cleaning eclipses. Now you get to enjoy your new freedom.

For some Pagans, particularly certain sects of Wiccans, a Black Moon gives practices additional power. Many of the Black Moon rituals are solitary ones, involving standing in the darkness, accepting it, embracing its protective qualities, and reaching within yourself to cleanse any sort of pain or toxicity that may be holding you back. Whether that's a bad habit or a bad relationship depends entirely on you — so go ahead and do what you've got to do.

You've got this. For real.