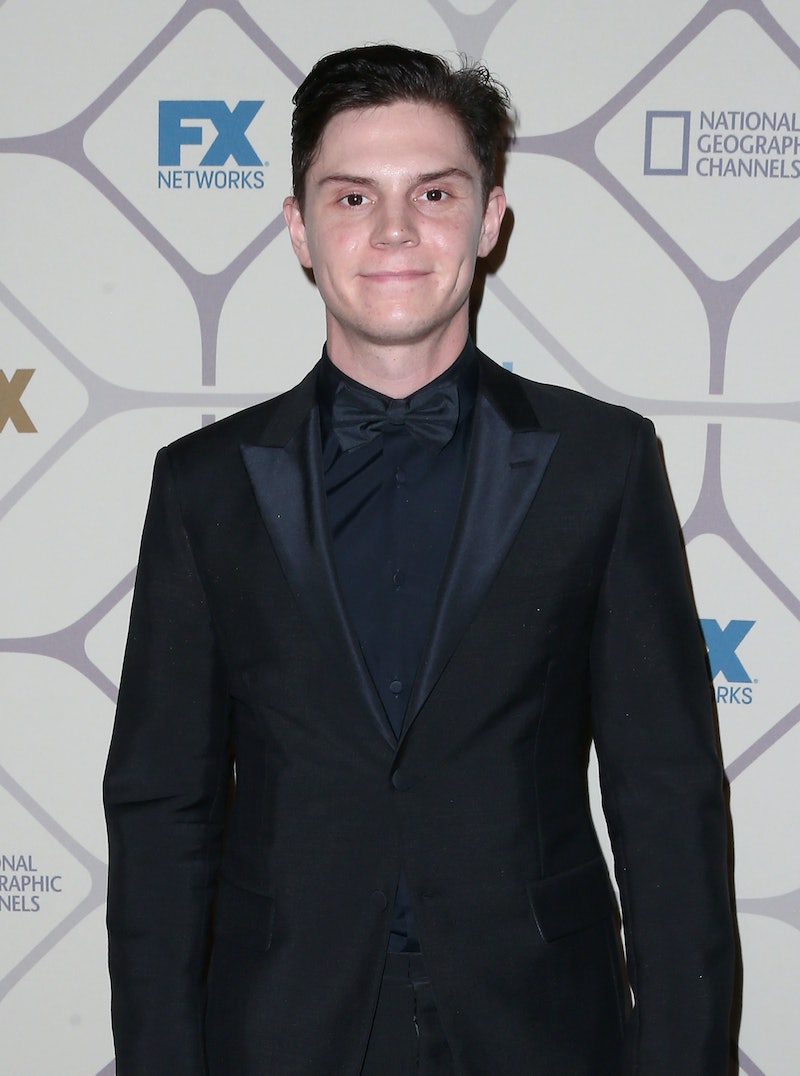 One of the biggest criticisms that American Horror Story: Roanoke has faced thus far isn't how mysterious it is. In fact, that's arguably a very intriguing aspect to this season. No, what I'm referring to is the undeniable absence of Evan Peters. Since Season 6 began we haven't caught even so much as a glimpse of him... or have we? Some fans are beginning to speculate that perhaps the actor isn't as out of sight as he appears to be. In fact, there seems to be a very distinct chance that Evan Peters is the Piggy Man on AHS: Roanoke , who keeps briefly popping up from time to time at Matt and Shelby's farmhouse. And if I'm being honest, the theory kind of makes a lot of sense.

After all, it's not as though this would be the first time Peters would turn out to be a terrifying villain in a mask. Back in the days of Murder House, he was eventually revealed to be Rubber Man who had a penchant for killing those who resided in the house. And since Roanoke and Murder House seem to mirror each other in so many ways, it would make sense for Peters to assume this type of villainous role.

Granted, we still haven't gotten a very good look at this Piggy Man creature, but from what we have seen, the human part of him looks to be pretty good shape. I could easily see that being Peters' body, so it's definitely not something that should be ruled out completely. And for those of you who are worried that this could mean we won't ever see Peters' beautiful face, don't. Knowing Ryan Murphy, if this really is the AHS vet then he'll undoubtedly be given some kind of backstory as to how he became the Piggy Man in the first place. After all, it seems unlikely that he was born with the head of a pig... right?

There is still so much we don't know about Season 6, so it's almost impossible to say if this is one of the many twists the writers undoubtedly have in store. However, it would certainly help to explain Peters' apparent absence over the past few weeks. Shelby, Matt, and Lee may be the main focus of the story for now, but it's only a matter of time before viewers will get a better look at the colony and otherworldly creatures that are terrorizing the farmhouse. Then perhaps this Piggy Man can finally be unmasked and give Peters the screen time he deserves.