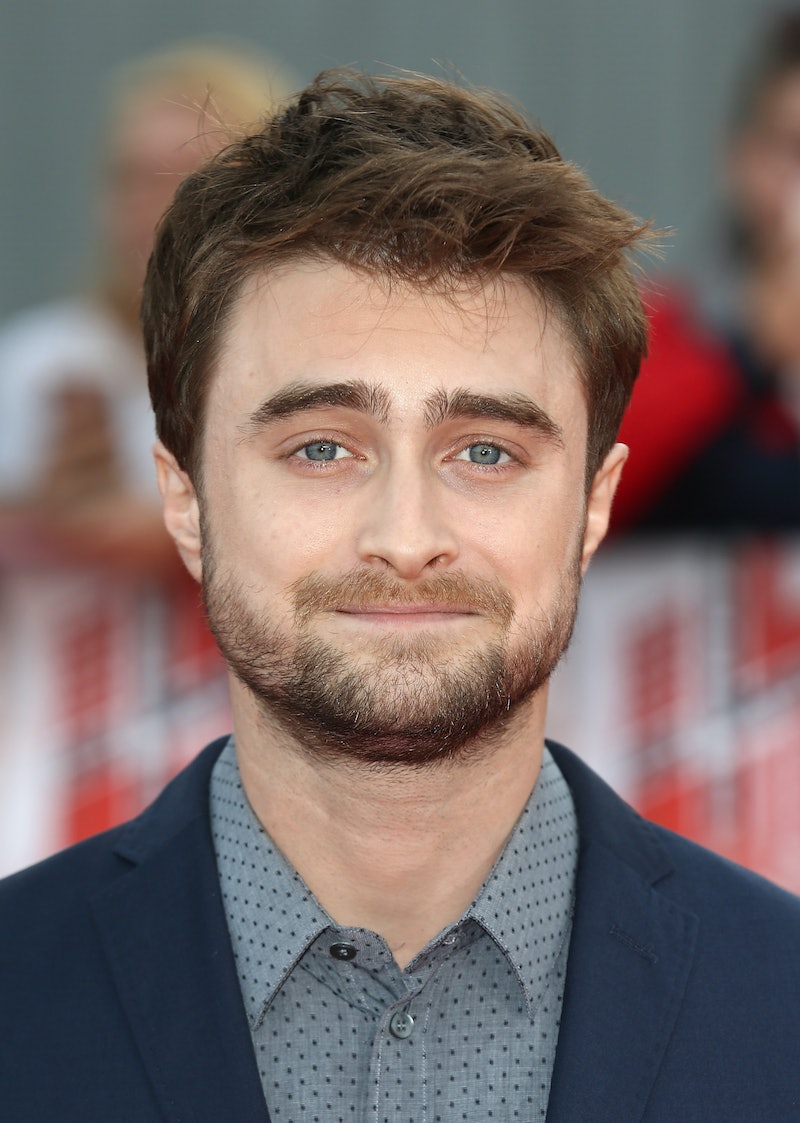 The comparisons between Donald Trump and Lord Voldemort have been drawn time and time again — and now even The Boy Who Lived has spoken up about it. Having nearly died at the hands of the Dark Lord multiple times, I'm inclined to respect his opinion — and Daniel Radcliffe thinks Donald Trump and Voldemort are just as similar as we're starting to expect. In an interview with Sky Cinema, the former Potter star agreed that the comparison is "not without its merits," confirming our worst fears that Voldemort has risen once again.

However, if Trump really is Voldemort reincarnate, he seems to have lost a little of his spark. In the Harry Potter series, Tom Riddle was hell-bent on his hateful belief in pure-blood supremacy — but Radcliffe thinks Trump is less "ideologically pure" than Voldemort. "He feels like more of an opportunist," Radcliffe mused. "I don't know how much of this stuff he's saying he actually really, really believes."

If Daniel Radcliffe is right, where does that leave us? On the one hand, if Trump doesn't truly believe all of the racist and bigoted things he says, he wouldn't go to the same lengths as Voldemort to achieve them — meaning we're safe from Inferi for now. On the other hand, an opportunistic leader with no morals of his own poses a whole other kind of danger. Of course, we already know what J.K. Rowling thinks: she has insisted that Voldemort is "nowhere near as bad" as the potential future president.

Radcliffe's latest film, Imperium , sees him playing an FBI agent who goes undercover in a Neo-Nazi white power organization — a premise which on the surface might seem a million miles away from the Harry Potter franchise that made him famous. But look a little closer, and you'll see that this role isn't so new after all. Once again, Radcliffe is fighting blood supremacy, racists, and a Trump-like villain on a Hitler-ish mission. With all this experience, I think Radcliffe's views on Trump and Voldemort are definitely worth listening to.