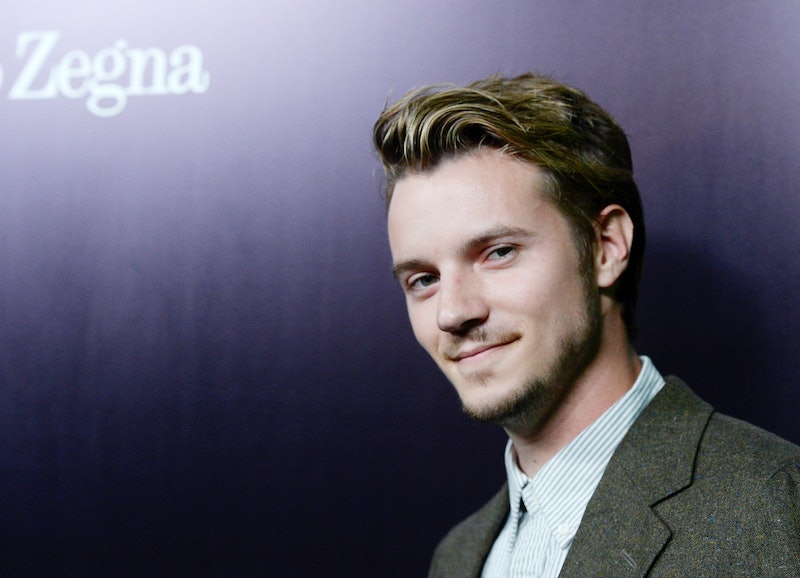 It is a truth universally acknowledged by '90s kids everywhere: you cannot have a Britney Spears biopic without Justin Timberlake. Thankfully, Lifetime agrees and, according to Buzzfeed, the network has found the perfect actor to portray Justin Timberlake in their Britney Spears biopic. Up-and-coming actor Nathan Keyes will play the Timberlake to Natasha Barrett's Spears in what is sure to be a can't miss TV movie event if Britney follows in the footsteps of Lifetime's The Unauthorized Saved By The Bell Story. Now that Lifetime has found their Timberlake, it is time to get to know Keyes a little better. After all, he is stepping into some iconic dancing shoes.

The first thing you need to know about Keyes is he has boy band cred. While he was never a member of *NSYNC, he did found his very own pop band called As 1. The band never made it big, but Keyes' pop music background means he can belt out a song if the Spears biopic calls for it. (And I, for one, really hope the movie calls for it.)

Pop ambitions aside, Keyes has starred in quite a few TV movies already, including Dr. Del, JL Ranch, and Worst. Prom. Ever. In 2013, he had a starring role in Crackle's online series Cleaners, and Glee fans may recognize Keyes from his appearance in the 2014 episode "The Back-Up Plan." Keyes has not had a huge break yet, but playing Timberlake is going to put the actor front and center in the minds of millennials — especially if he can capture JT's mischievous and sexy '00s persona.

A quick glance at Keyes' Twitter feed is all it takes to prove his poster totally would have been worthy of a place on your bedroom wall alongside Timberlake's when you were a teenager. In 2014, Keyes created and directed an immersive theater experience called Nobody's Darling proving he is multi-talented, and the super positive vibe of his feed proves he is a guy worth swooning over. I have a feeling Timberlake's *NSYNC years are in good hands with Keyes.

Lifetime's biopic is unauthorized, and, as Spears' rep previously told Entertainment Weekly, the project does not have her blessing. That tends to be the way things go with these nostalgia fueled '90s dramatizations, so expect the movie to be more than a little over the top. Part of the fun is knowing how totally bizarre these movies can be (see the Unauthorized Full House Story), so just remember the biopic is not sanctioned by Spears and it is probably not going for 100 percent accuracy in its depiction of Spears and Timberlake's romance. That does not mean it won't be lots of fun to watch though.

There is no word yet on when Britney will premiere, but Keyes is sure to leave an impression as he brings '00s era JT back to life.