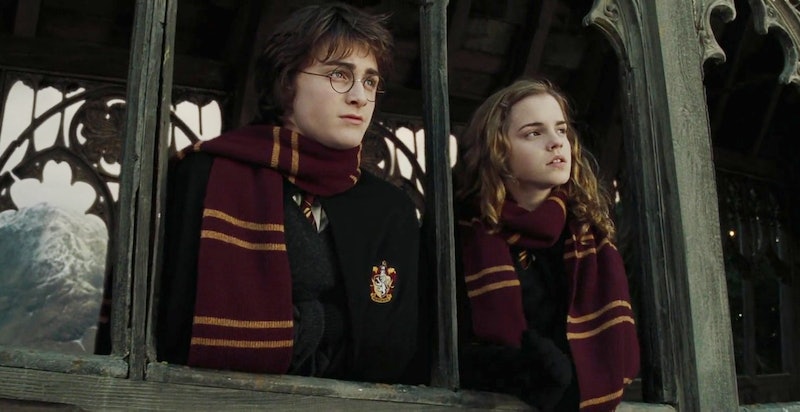 Another day, another Harry Potter fan theory to make you stop and think. Redditor Darkcollecter's new theory explains how Harry won the first Triwizard Tournament task, and — you're gonna want to sit down for this one — it involves Parseltongue. Be still, my little Slytherin heart!

The first event in the Triwizard Tournament tasked the four competitors with stealing a golden egg from a mother dragon. Harry faced the Hungarian Horntail, and snatched the dragon's fake egg by maneuvering around it with his summoned broom. But Darkcollecter thinks a force other than Harry's Quidditch skills may have been at work.

After Harry has his broom, Rowling describes the Horntail's head as "swaying, like a snake before its charmer." Harry then "hisse[s]" at the dragon to come for him, and it does. Could Harry have used his Parselmouth skills to win the first Triwizard Tournament task?

The Potterheads of Reddit seem to have embraced Darkcollecter's fan theory, even going so far as to sort out why the dragon didn't speak back to Harry, and why the passage wasn't italicized like almost every other use of Parseltongue.

Check out the full thread for yourself here, and let me know what you think on Twitter!