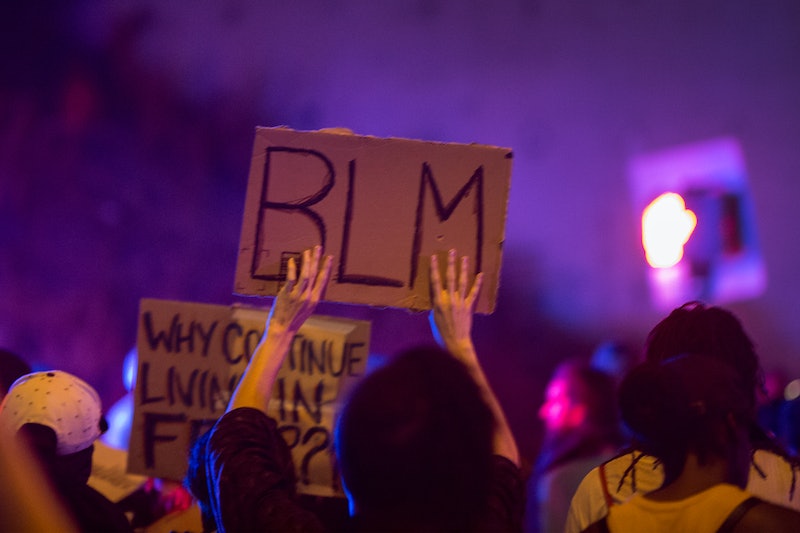 Another young black man was shot and killed by police officers on Saturday. Carnell "CJ" Snell Jr. was reportedly pulled over for driving an allegedly stolen car on Los Angeles' South Side — according to authorities, officers were tipped off by the car's paper license plates, but the Los Angeles Police Department has not released any further information about why the officers decided to stop the car.

The officers reportedly attempted to stop the car and failed, resulting in a vehicular chase. The people inside the allegedly stolen car reportedly drove for a few blocks before exiting the vehicle and running in separate directions, at which time Snell reportedly ran toward his house just moments before being shot.

"The officers gave chase, a foot pursuit, and went eastbound at some point on 107th Street to the rear of a residence," LAPD Sgt. Barry Montgomery told reporters, speaking as a spokesperson for the department. "It was at that time that the officer-involved shooting occurred. The officers summoned paramedics who responded to scene, and unfortunately the suspect succumbed to his injuries and was pronounced dead at the scene." Officers also apparently recovered a handgun from the scene, according to a statement by the department.

The 18-year-old, who was not the driver, was apparently killed running down the street where he lived, and shot in front of his sister, 17-year-old Trenell Snell, she told The Los Angeles Times. "At the end of the day, the cops came and shot my brother," she said. "Killed my brother." According to The Times, Snell's mother Monique Morgan was pleading with police officers to be able to see her son's body. "Please, can I see my son?" Snell reportedly said. "I want to see my son."

This shooting comes just a few days after the police-involved shooting death of Alfred Olango, which occurred a little over 125 miles away from where Snell was killed. Both deaths are now the subjects of ongoing protests in the community, calling attention to the disproportionate use of deadly force by the police against minorities. Olango's death was also just shortly following the police-involved shooting deaths of 40-year-old Terence Crutcher in Tulsa, Oklahoma. and Keith Lamont Scott in Charlotte, North Carolina. The wave of high-profile police-involved shootings deaths of black men has yet to produce any legislative change at the federal level, despite the nearly constant news coverage of such cases for many months.

Snell is just the latest victim, as black men around the country are killed by police nearly once per day. For Snell's family and community, however, it's a reality that they never prepared for — they described Snell as a "respectful young man who enjoyed skateboarding and cared deeply for his family," according to The Times. A family friend, Tasha Rangel, told the newspaper that Snell's death was a tragic shock. “This is completely unexpected.”