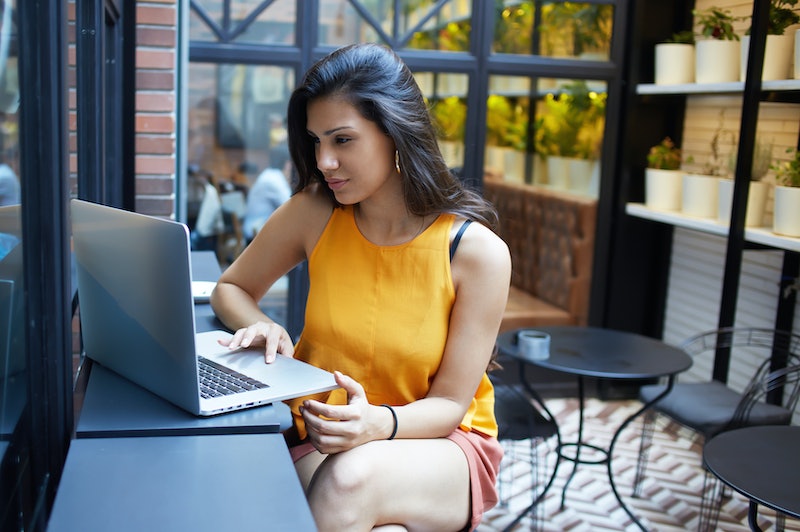 Social media has changed not just the way we communicate, but interact with each other. Facebook, in particular, gives a glimpse into who we are, what we like, and how we respond in moments of crises. Because that’s the case, it brings up a very important question: when is the right time to Facebook friend someone you’re dating? According to dating site, WhatsYourPrice.com, it’s probably better to wait and wait awhile.

WhatsYourPrice, which is pretty much a dating auction where members to bid and pay for first dates with other users, surveyed over 14,000 of their members to see if the length and success of their last relationship was somehow correlated to how soon they friended the person they were dating on Facebook. What it found was that 42 percent of respondents who had immediately friended someone after a first date, ended up dating that person for less than a month. There’s a few reasons behind this, according to a study published in the Journal of Cyberpsychology, Behavior and Social Networking.

Social media isn't always great for our love lives. For starters, you can become a bit obsessive checking that person’s Facebook constantly and, because you still don’t know them very well, misinterpret things or get unnecessarily jealous — like how are you supposed to know that the woman the person you're dating is hugging in that latest photo is their sister? There’s also the fact that Facebook reveals certain aspects of our personality, maybe some of which we’re not ready to share just yet. I mean, is this new person really going to understand all your private jokes that your other Facebook friends already know comes with the territory of knowing you? Probably not.

1. Many People Friend Or Follow Someone Right After The First Date

According to the survey, 42 percent of respondents either friended their date or followed them on some other social media platform immediately after the first date. As in, probably just seconds after saying goodbye and parting ways.

2. Some People Friend Or Follow Someone Before The First Date

I’m all for checking someone out online before a first date to see what their story is and to make sure they are who they say they are, but sending them a friend request prior to a first date?! Awkward. But, despite that, 26 percent of those surveyed took this route. In contrast, 32 percent, a happy median between 42 and 26, waited at least a month or even longer, before friending or following the person they were dating.

3. Friending Or Following Someone Before A First Date May Not Be The Best Idea

4. Friending Or Following Someone Right After A First Date May Be A Horrible Idea

Although a bit surprising, it’s those who friend someone “immediately” after a first date who may mess things up with their impatience. For them, 42 percent of those surveyed ended up having a relationship that lasted less than a month, only 28 percent were able to manage a relationship that lasted one to six months, and as for those who were fortunate enough to celebrate a one-year anniversary or longer? Well, that was only 12 percent. If you’re someone who likes to friend someone ASAP after a first date, but are looking for something long-term, it may be time to rethink your strategy.

5. Holding Off On Friending Or Following Someone May Be A Brilliant Idea

Patience is indeed a virtue, but it’s also something that can play a very positive role in your love life. Of those who waited at least a month or more before they took their relationship to the social media by being friends or following each other, 48 percent of them — yes, that would be very, very close to half — ended up in a relationship that was longer than a year. Twenty-four percent found themselves in relationships that were six to 12 months, and only 18 percent of these extremely patient people ended up in relationships that were less than one month... which also means they may have reached "Facebook official" status in addition to just "friending" each other.

Takeaway? If you’re looking for love, you may want to give it time to grow before your new S.O. sees all those unflattering photos of you in braces for #FlashBackThursday or the pictures of you flashing for beads at Mardi Gras in 2012. Not that there's anything to be embarrassed about, of course, because you did score SO many beads that year and those braces gave you that beautiful smile you have today. But still... leave something to the imagination for later.