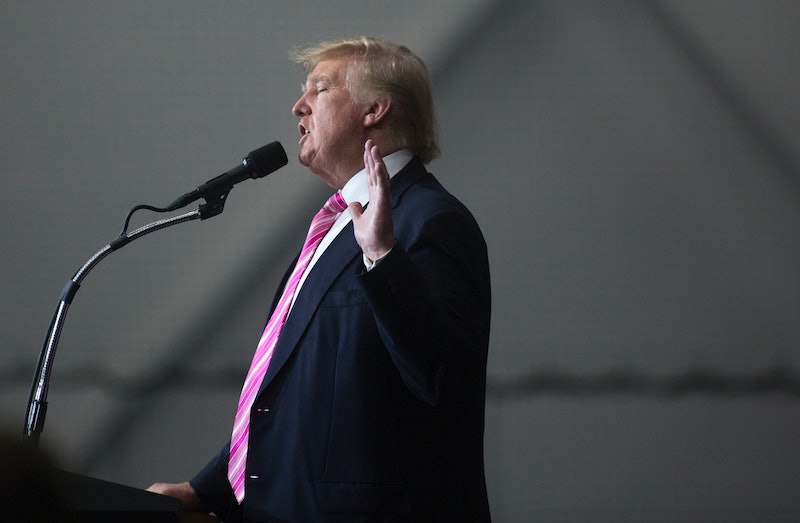 On Monday, the Donald J. Trump Foundation was served a cease and desist order by the office of the New York Attorney General to stop soliciting contributions, on the allegation that the Foundation does not have proper certification. The order follows a Notice of Violation issued on Friday by New York Attorney General Eric Schneiderman, which claimed that the Foundation is "in violation of section 172 of Article 7-A New York's Executive Law, which requires charitable organizations that solicit contributions in New York State to register with the Charities Bureau and to provide annual financial reports and annual audited financial statements." The notice called on the Trump Foundation to hand over the necessary information to the Charities Bureau within 15 days.

As reported by CNBC, Hope Hicks, a spokeswoman for the Trump campaign, said in a statement, "While we remain very concerned about the political motives behind AG Schneiderman's investigation, the Trump Foundation nevertheless intends to cooperate fully with the investigation. Because this is an ongoing legal matter, the Trump Foundation will not comment further at this time." According to Mediaite, Schneiderman is a vocal supporter of Trump's presidential challenger, Hillary Clinton, which likely accounts for Hicks' suggestion that the order was politically motivated.

The Trump Foundation has been taking contributions from people other than Trump since 2008. Throughout the 2016 election, as Trump has worked to portray himself as the candidate for veterans, the Foundation has been aggressively seeking contributions for vets,The Washington Post reported. It set up the website donaldtrumpforvets.com as part of its push for donations.

If charitable organizations don't comply with New York law by registering with the Charities Bureau, they don't receive rigorous independent audits that the state requires of any organization that asks for money from the public. The law only applies to charities that take in more than $25,000 a year. ProPublica reported that between 2008 and 2014, the contributions received by the Foundation exceeded that amount. The Trump Foundation will have to provide the New York Charities Bureau with the requisite documentation for every year it has raised more than $25,000 before it can resume soliciting contributions.

The scrutiny surrounding the Trump Foundation comes amid questions concerning the candidate's tax records, which have multiplied since The New York Times reported on pages of state tax returns it received which suggest that Trump may not have paid federal income taxes for many years. Based on Hicks' statement, we can expect the Foundation to provide the Charities Bureau with the documentation it is seeking.