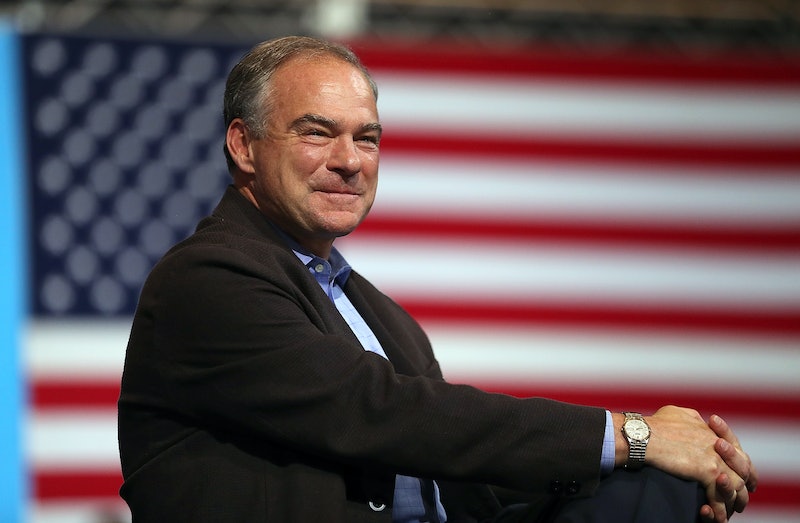 The spotlight will be on the number two slots on the presidential tickets Tuesday night, when the two major party vice presidential nominees take the debate stage to duke it out in the one and only 2016 vice presidential debate. While Republican VP nominee Mike Pence is expected to have to do some clean-up work after the poor first debate performance of his running mate, Donald Trump, the Democratic VP nominee Tim Kaine, will likely continue as "an affable attack dog", as he was called by The Economist in September. This is hardly a new role for Kaine, however, who first demonstrated his friendly-but-feisty political abilities over a decade ago when he delivered the Democratic Party response to George W. Bush's 2006 State of the Union.

Revisiting Kaine's speech, delivered from the Virginia governor's mansion, one can quickly see many of the traits that made him a tempting pick for VP in 2016 (in fact, he made Obama's shortlist for running mate in 2008): calm, charming, and with a wry smile that makes him look friendly and approachable. (Kaine 10 years ago had a look that gave his famous and wild eyebrows even more punctuation.)

Even the opening lines of his speech might lure you into thinking you're in for something amicable: a principal's graduation speech. But while you were distracted by his pleasant demeanor (or maybe his eyebrow?) the gloves were coming off.

"Tonight, we heard the president again call to make his tax policies permanent, despite his administration's failure to manage our staggering national debt," Kaine said. "Over the past five years, we've gone from huge surpluses to massive deficits. Now, no parent makes their child pay the mortgage bill."

To be fair, one didn't exactly have to reach too far to find something to slam the Bush administration for in 2006 — Democrats would go on to reclaim both houses of Congress in that fall's midterm elections — but still, Kaine was just getting warmed up. Whether with a smile, or just because he has resting smiley face, he went on to criticize the Bush administration regarding the war in Iraq: "We now know that the American people were given inaccurate information about reasons for invading Iraq. We now know that our troops in Iraq were not given the best body armor or the best intelligence."

Though he delivers it with the same smirk, his final dig — "We ask all Americans to join us in that effort. Because, together, America can do better" — reads like an intervention from your best friend about your shitty boyfriend: America, you can do better, girl.

Whether Kaine will have his claws out along with his smile Tuesday night remains to be seen, but if it's anything like his famous brow game, we can expect Kaine's remarks to be at full volume, and pointed. You can watch his SOTU response in full on C-SPAN's website.