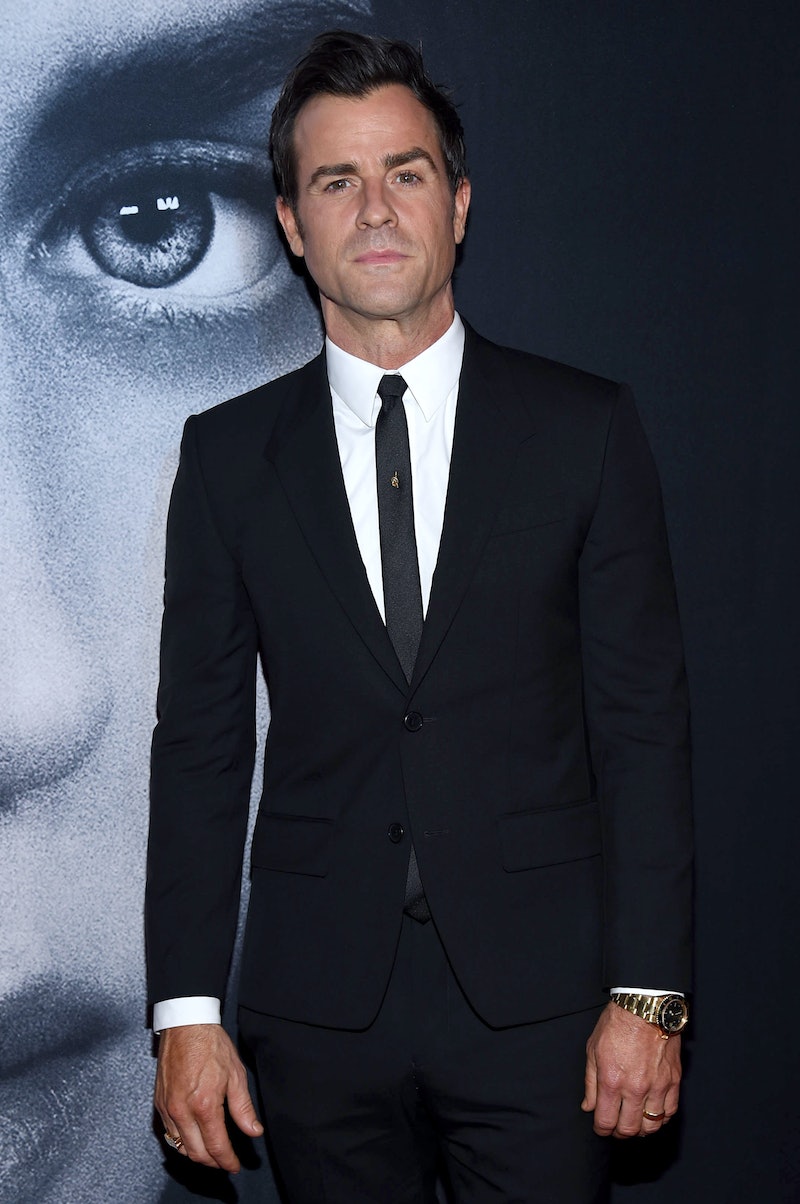 It's rare enough these days for a movie to come out that features one complicated, flawed woman in a leading role, so a film that features three of them is definitely worth celebrating. And with the impending release of The Girl on the Train on Oct. 7, female fans everywhere are rejoicing that the thriller, about a lonely alcoholic's (Emily Blunt) mysterious connections to two other women, is hitting theaters just a year year after the release of the novel its based on. Because not only is the new movie compelling and suspenseful, a must-see for thriller fans — it's empowering, too, a film that turns gender tropes on their head and features three realistically messy heroines, all of whom have a shared connection in their relationships with Tom (Justin Theroux).

Speaking with Bustle during the Girl on the Train press day, Theroux explains why he's proud to be a part of a movie that features three women so prominently — but beware, there are some spoilers ahead for those who didn't read the book. "The thing [these characters] have in common is that they've all been in terrible relationships with one particular man, my character, and they also were gaslit by that man and made to feel like it was their fault," Theroux explains. "That was the result of his undying narcissism and his ability to pull the wool over their eyes. And there is, without giving away the ending, some form of confirmation that they are not insane."

Seeing that he's an actor who has spoken up several times in the past about his belief in feminism (and even publicly supported wife Jennifer Aniston after her media-shaming essay earlier this year), hearing Theroux show his appreciation for Girl on the Train's female-driven storyline is no surprise — but that doesn't make it any less nice to hear. The film's message is an important one, and it's great to see that one of the movie's lead male actors is totally on-board.