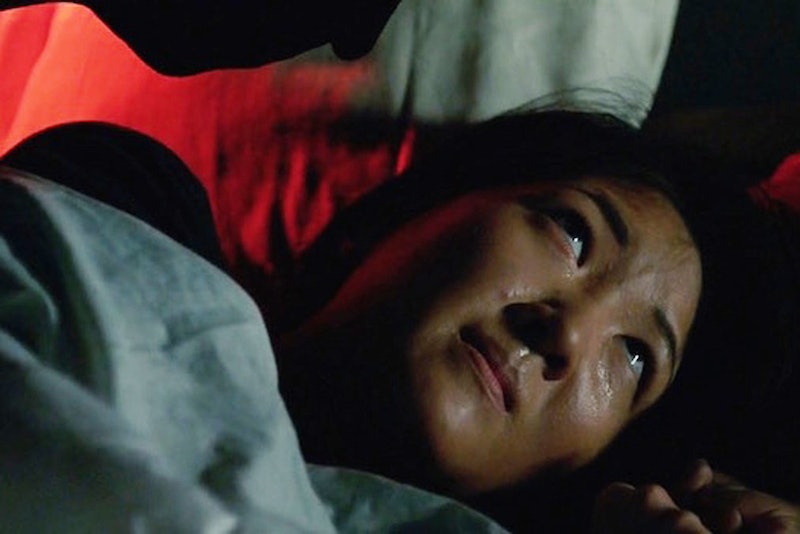 It's October, which means all of the Halloween fans out there can finally let loose, but the holiday means many things to many different people. To some, it's a time for consuming copious amounts of candy. For others, it means dressing up in an elaborate costume and partying . But at its core, Halloween will always be the spookiest time of the year — and the perfect time to watch a great scary movie. But with so many horror films out there, it can be hard to decide which one to watch. That's why I've found the scariest movie offered on Netflix this October.

And let me just say, it's not a horror movie in the traditional sense. That's not to say that Netflix isn't offering a bunch of great and scary horror films this Halloween; they are. All-time greats like Hellraiser and Jaws, new classics such as Hush and The Babadook, and indie scare-fests like They Look Like People and Creep are all available for your streaming delight, but none of them can match the terror of a documentary called The Nightmare . How can a documentary possibly compete with legit horror films, you may be wondering? Here's the trailer to give you an idea.

The documentary is about sleep paralysis, a very real and mysterious phenomenon. The subjects of the documentary are all regular people who suffer from the condition, which I should note, is not fully understood by science. The typical experience of the people featured in the film goes something like this: While in the space between being asleep and awake, they suddenly become paralyzed. They will hear screams and demonic voices, or an unsettling static noise, and be overcome by an intense feeling of dread. Then, a menacing figure will enter their room, usually in the form of a "shadow person," and either apply pressure to their chest or threaten them. It's such a terrifying experience, that while it's happening the subjects sometimes feel as if they're going to die.

Just hearing these people tell their stories is enough to make it difficult to fall asleep, but the documentary takes things one step further with skillful reenactments to go along with the narration. That makes it even easier to imagine experiencing sleep paralysis for yourself, which is something I know I never want to experience. And speaking of never wanting to experience it, perhaps the most terrifying thing about the documentary is knowing that I could experience it. It's not exactly rare, and it's been going on forever in every culture, and is likely responsible for the mythology surround such creatures as incubi, night hags, and possibly even alien abductions. And although there are many theories, there's no general consensus as to what causes sleep paralysis, so good luck avoiding it.

So if you really want to watch the scariest movie on Netflix this October, check out The Nightmare. Just don't watch it before going to bed if you want to actually fall asleep.

More like this
Here’s Everything Coming To & Leaving Netflix In October
By Jake Viswanath
10 Pumpkin Recipes That Are Way More Creative Than Pie & Lattes
By Rebecca Deczynski and Alexis Morillo
Bennifer, Kravis, & 14 Other Fun Celeb Couples Halloween Costume Ideas
By Emma Carey and Brittany Leitner
7 ‘Bridgerton’-Inspired Halloween Costumes You Can DIY
By Emma Carey
Get Even More From Bustle — Sign Up For The Newsletter