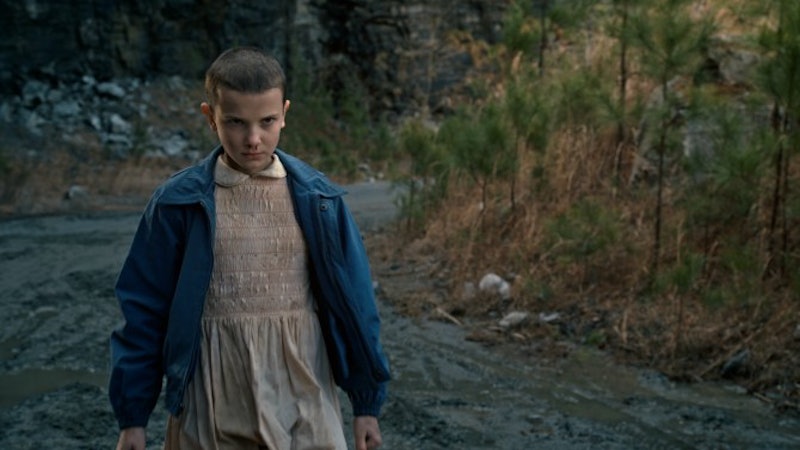 I can't think of a single season of a television show I've ever enjoyed more than Netflix's Stranger Things . The streaming sensation has become the talk of the summer, and it's not hard to understand why. With its retro '80s vibes that show inspiration from the likes of Stephen King, Steven Spielberg, John Carpenter and others; to its nostalgic depiction of children's sense of adventure; to government conspiracies, parallel dimensions, and supernatural things that go bump in the night; it truly has something for everyone. And now with Stranger Things season two officially on the way, you're going to be looking for something to watch until it arrives. Luckily, there are lots of Netflix movies to watch if you love Stranger Things .

Right now, Netflix seems to be having a love affair with the 1980s, and has stocked up some serious classics from the decade. Films from the previously mentioned big three icons are all present, as are entries from the likes of other '80s greats like John Hughes, Joe Dante, and Robert Zemeckis. And since there are so many different aspects of Stranger Things that appeal to people, I've included films from all sorts of genres; like horror films, family movies, and even some comedies. So check out these 14 movies that will help you fill the void that was left in your soul when you finished streaming Stranger Things.

Unquestionably the biggest influence on the series, at least visually. If you only watch one of these films, make it this 1982 Spielberg classic.

The kids definitely aren't the heroes in this frightening tale, but this 1984 film is peak 1980s King horror.

This cult favorite from Carpenter was ignored when it was released in 1986, but its campy story about a regular guy battling supernatural forces is all kinds of awesome.

Stranger Things creators The Duffer Brothers utilized the technique of not showing the monster too much in order to build suspense — a move this Spielberg-helmed blockbuster pioneered.

If you're looking for a nerdy gang of bike-riding 1980s youths, look no further.

6. Back To The Future

Maybe the most fun movie released in the '80s, I like to think that Stranger Things science teacher Mr. Clarke was influenced by Doc Brown.

Stranger Things is very much about people investigating the extraordinary things happening in ordinary suburbia, which pretty much sums up the plot of this 1989 Tom Hanks comedy.

If the Nancy/Jonathon/Steve drama was your favorite part of Stranger Things, then look no further than this Hughes favorite.

Sure, it's a modern film, but it does a solid job of capturing that fun '80s movie-vibe of kids battling supernatural forces in their town (and developing crushes along the way).

One of the scariest films of the '80s, Hellraiser certainly isn't for younger fans of Stranger Things, but it does feature an alternate dimension filled with terrifying monsters.

Similar themes abound in this Stephen King tale, about a group of friends who have to band together against alien forces — especially when they fear one of their own has been replaced.

Another King entry, this one had a direct impact on Stranger Things: The book version made a cameo in the series.

If you like your kids superpowered like Eleven, then you should get a kick out of this 1975 Disney film about two alien children with psychic powers. Also, the above fight scene should look pretty familiar.

It's Winona Ryder, and she's playing a high schooler in the '80s. I doubt Stranger Things would exist without this film.

With these 14 films at your disposal, you'll soon forget all about Stranger Things... which means you'll be able to rewatch the show unspoiled from the beginning.