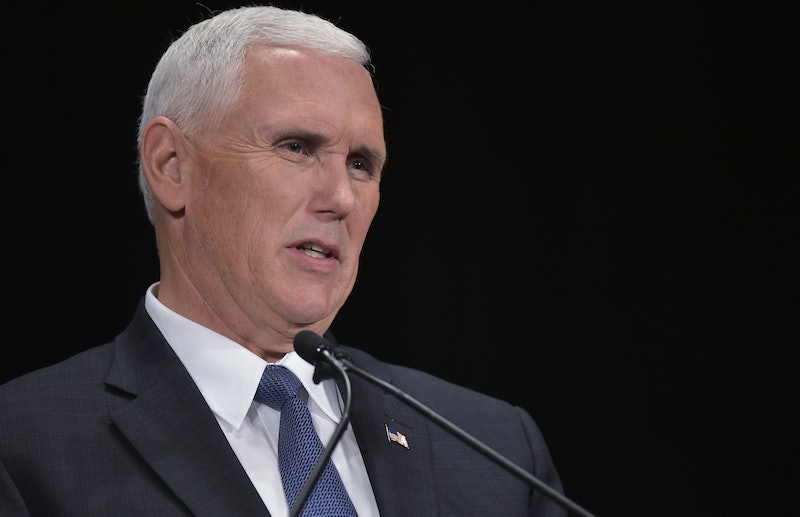 In response to the very first question in the 2016 vice presidential debate, Mike Pence mistakenly called Longwood University "Norwood University." Longwood University in Farmville, Virginia is this year's host of the VP debate. The fact that Pence made a mistake with the college's name so soon into his very first answer is certainly not good news for Donald Trump's running mate. Whether a slip of the tongue or a reflection of nerves due to the high stakes of the evening, Twitter users are not cutting Pence any slack when it comes to the "Norwood" moment.

Given that the VP debate comes only a little more than a week after a heated first presidential debate between Hillary Clinton and Donald Trump, many are noting Tuesday's VP debate as an important moment in the trajectory of this election season. Moments like Pence's first question flub are sure to stick in viewers and voters' memory as it comes in a debate that many are dismissing as boring. While Pence's misstep is certainly not on the level of most of his running mate's offensive quips, it certainly reflective of an election in which every thing the candidates say and do is being analyzed on Twitter. See the "Norwood" moment below.

Safe to say that if there was a second VP debate, Pence would be checking his opening statements twice.