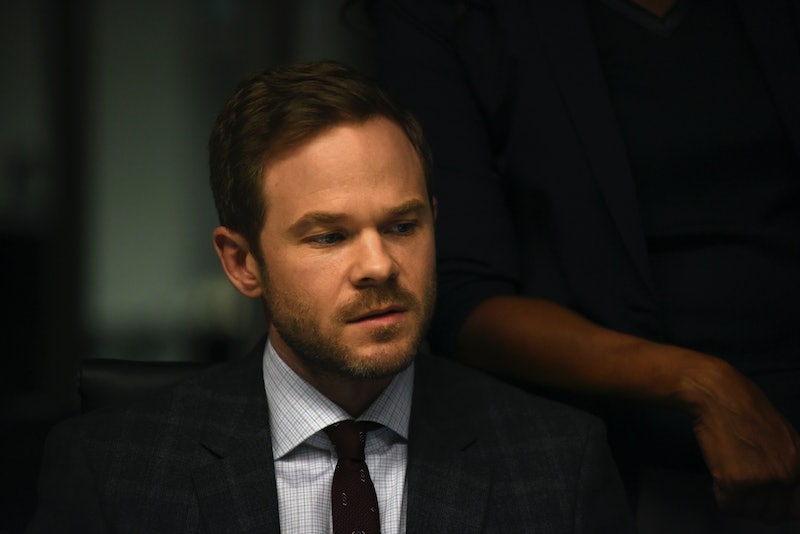 Things are definitely a little tense between Sam and Hayes on ABC's Conviction . Hayes, a former First Daughter and perpetual screw up, was appointed to a position that Sam definitely deserves more than she does — head of the Conviction Integrity Unit. The season is only a few episodes in, and it’s obvious that Sam is just trying to grin and bear what is rightfully his being taken away from him. But, are the tides turning? Sam had the opportunity to out Hayes to a reporter on Conviction, and he opted not to take it. Could Sam be on Hayes’ side on Conviction ?

I wouldn’t take kindly to someone getting my job just because she has famous parents and a bit of a cocaine problem, so I can only imagine how Sam felt when he found out he wasn’t getting the Conviction Integrity Unit job. Nepotism sucks (unless it’s working directly for you), but I think that Sam is slowly realizing that Hayes is actually in it to win it with this job — he has a reporter friend that had some dirt on how much cocaine Hayes was caught with the night before she got the job, and although Sam almost spilled the dirt on Hayes and what a nightmare it is working for her, he opted out. Why? I think he’s beginning to see that Hayes actually cares. Fancy that!

Hayes may put on a blasé, “I don’t care” attitude, but she definitely does care about these cases, especially because she knows that everyone thinks she’s going to fail. Hayes hasn’t had a lot of standards for her in her life — she’s known as the black sheep of her family — and I think now, she’s ready to say “screw you” to everyone and show them how its done. Sam is cognizant of her newfound passion for the CIU, so he let this one slide. For now. But there’s no telling on whether or not his cute reporter friend will pop back up on Conviction.