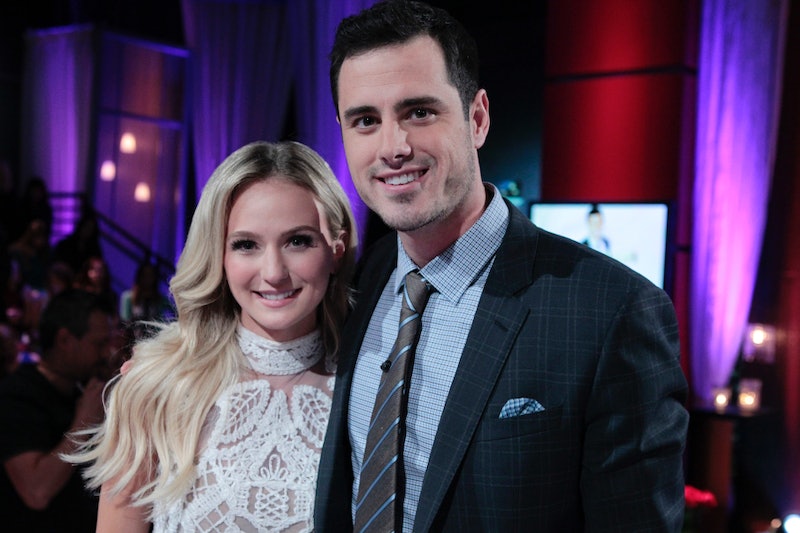 Ben Higgins and Lauren Bushnell may be the cheeriest folk on reality television, but I knew that watching Ben & Lauren: Happily Ever After? would reveal at least some drama in their relationship. Right now, it seems like a lot of the drama revolves around JoJo Fletcher. You remember JoJo, right? The princess-haired Texan whom Ben also told he loved during his season of The Bachelor? Turns out that even though Ben picked Lauren, Lauren is still not that glad that the other women Ben “loved” while on the show is still in their lives. JoJo (well, a producer for her season of The Bachelorette) asked Ben and Lauren if they could appear on After The Final Rose to “give advice” to Jordan and JoJo, and it definitely caused some problems in Ben and Lauren’s relationship.

I can see this from Lauren’s point of view, mostly because Ben was incredibly stupid to tell two women that he loved them when he knew that he had to pick just one at the end. You know that old adage about how you can’t get your hand out of the cookie jar when you’re clutching too many cookies? That’s Ben’s hand. Lauren is sick of being asked about JoJo. I can’t blame her. Lauren was unhappy with their After The Final Rose appearance, so much so that she was relaying her unhappiness the moment before they walked out on stage. Yikes.

Is this a deal breaker? Probably not, unless Ben and Lauren are still talking about JoJo today. The truth is that this was filmed so close to the end of The Bachelorette that it was still fresh in everyone’s minds. Hopefully, Ben and Lauren are communicating more openly by now and JoJo is a thing of the past.

More like this
Hannah Ann Got Engaged 3 Years After 'The Bachelor' & The Proposal Was Dreamy
By Grace Wehniainen
Zach Reveals The Chaotic 30 Minutes That Were Cut From ‘The Bachelor’ Premiere
By Grace Wehniainen
'Bachelor' Fans Think Rachel & Clayton Are Dating After This TikTok
By Grace Wehniainen
Kaitlyn Bristowe Said Chris Harrison Ignored Her After Her 'Bachelorette' Hosting Gig
By Grace Wehniainen
Get Even More From Bustle — Sign Up For The Newsletter
From hair trends to relationship advice, our daily newsletter has everything you need to sound like a person who’s on TikTok, even if you aren’t.