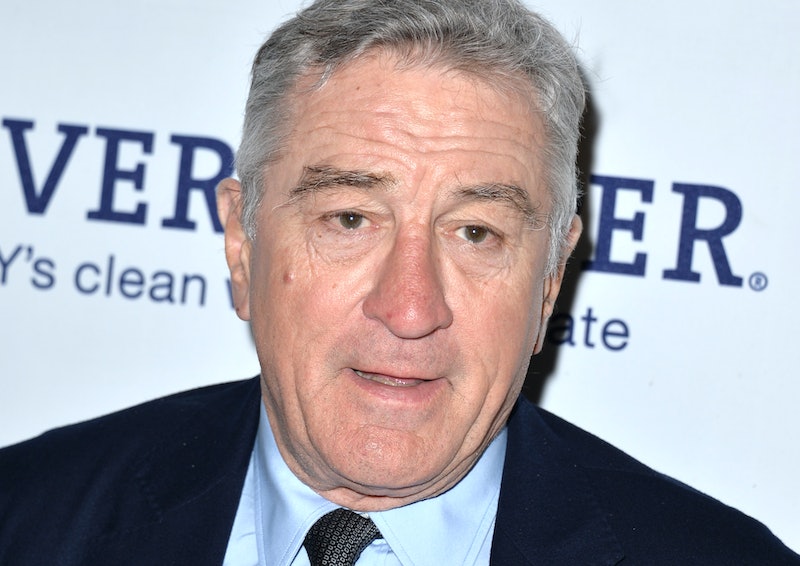 Sometimes you'll read a newspaper. Other times, you'll read a lengthy political think piece. But sometimes, you just want a major Hollywood star with a serious message to break it down for you in one succinct piece of footage. As such, I present you with Robert De Niro's simply amazing take on Donald Trump's run for US presidency. It's not even a minute long, but it manages to break down exactly why we should be so full of fear and loathing when faced with the prospect of Trump actually winning the title of President of the United States. As The Guardian notes, De Niro was originally part of the #VoteYourFuture initiative (the PSA was filmed by a pro-Hillary Clinton PAC), but his take was considered "too partisan to be included in the final campaign." And if you're wondering which way he sways, well, it's pretty clear after the first sentence.

De Niro, who is generally one of the more zen stars in Hollywood, doesn't hold back. "He's a punk, he's a dog, he's a pig, he's a con, a bullshit artist, a mutt who doesn't know what he's talking about, doesn't do his homework, doesn't care," he said of Trump in the clip. "Thinks he's gaming society, doesn't pay his taxes. He's an idiot. Colin Powell said it best: He's a national disaster, he's an embarrassment to this country... He talks how he wants to punch people in the face. Well, I'd like to punch him in the face."

Though I'm not promoting any sort of violence, the actor's comments about Trump are particularly important — a day after a recording from 2005 in which Trump made lewd, offensive comments about women leaked. (Trump has since released a video statement apologizing for the conversation, as well as a statement through his campaign: "This was locker-room banter, a private conversation that took place many years ago. Bill Clinton has said far worse to me on the golf course — not even close... I apologize if anyone was offended.") Though De Niro's video was filmed before the conversation leaked, it rings even more true now.