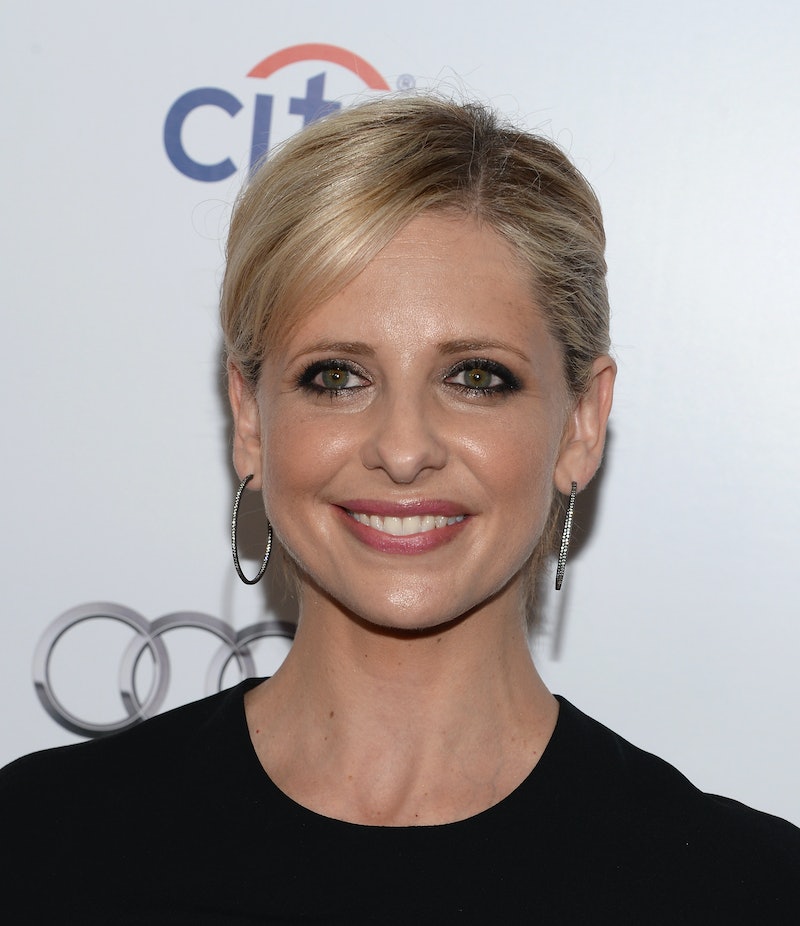 SMG wasn't the only person who wasn't cool with editor-in-chief Anna Wintour's weird decision to put the couple on the front of the esteemed magazine. Wintour, however, set out to dispel any rumors, and to make it clear that this was an entirely conscientious decision on her part. She said that, "[...]my opinion is that it is both charming and touching, and it was, I should add, entirely our idea to do it; you may have read that Kanye begged me to put his fiancée on Vogue's cover. He did nothing of the sort." West may not have begged, but he sure alluded to it when he told Ryan Seacrest in October that "there's no way Kim Kardashian shouldn't be on the cover of Vogue."

It sounds like an old adage — "if you give a cover a hashtag..." — but truth be told, if you give the Internet a way to rally in unison (the unity formed by that single #trendingtopic), and the folks who inhabit it will very likely voice their opinions.

Like the current star of CBS's The Crazy Ones , for instance. Our ass-kicking '90s heroine tweeted: "Well......I guess I'm canceling my Vogue subscription. Who is with me???"

Apparently, a ton of folks. #BoycottVogue is the newest cry in this Twitter battle.

But rest assured, not everyone's boycotting Vogue. In fact, some — like James Franco and Seth Rogen — are just giving the magazine a bit of a send-up.

In the midst of all of this upheaval, it's funny to think that in Sex & The City, Carrie Bradshaw was asked to don her bridal attire for Vogue. Perhaps that notion —that a writer would appear on the cover of a magazine — ascertains just how fantastical the HBO series was. In this day and age, you've just got to have some swagger, some money, a sex tape, and a famous ass.

No wonder folks are disapproving.

More like this
Kanye West Has The Most Kanye Reaction To Kim Kardashian & Pete Davidson's Split
By Jake Viswanath
Pete Davidson Runs To Shower With Kim K In 'The Kardashians' Season 2 Trailer
By Jake Viswanath
Kim Kardashian Pays Homage To Kanye West’s Fave Film In New Swimwear Pics
By Bustle Editors and Maxine Harrison
Are John Legend & Kanye West Still Friends? The Singer’s Latest Update Is Candid
By Brad Witter
Get Even More From Bustle — Sign Up For The Newsletter