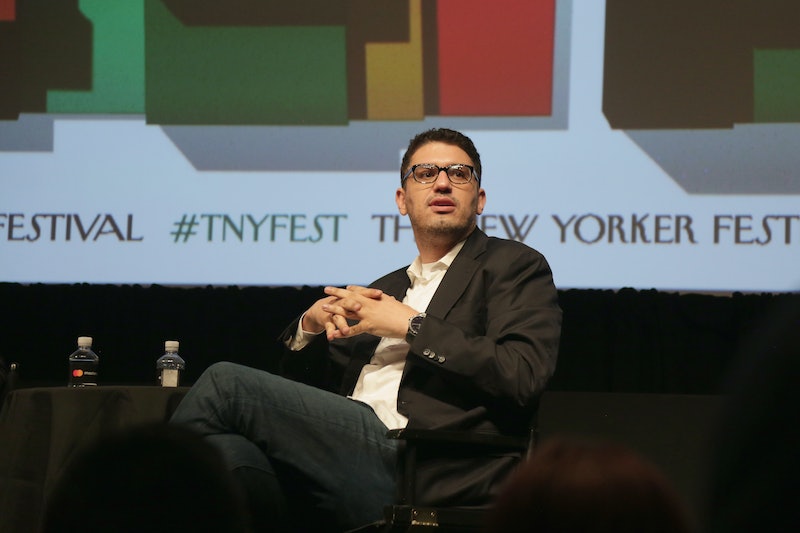 In 2016 so far, USA Network's Mr. Robot has won honors from the Emmys and the Golden Globes, along with earning a prestigious Peabody Award. To say expectations for Season 3 of the drama series are running high might be an understatement, and at The New Yorker Festival on Saturday, creator/exec producer Sam Esmail told the crowd that he's in the middle of tackling that challenge right now. No exact date has been announced for when Mr. Robot Season 3 will premiere, but according to Esmail, the scripts for the new season are currently being written and then they will be shot in Spring 2017.

Mr. Robot Season 2 captivated viewers this year and left them scratching their head with even more questions than Season 1 brought: Can fsociety reverse the hack? Will Elliott survive? What will happen with Stage 2? Esmail told The New Yorker Festival audience that he could only say one thing about Season 3 — and it's commentary by his fiance, Emmy Rossum: "This is what Emmy always tells me to say: it will be 'dope AF.'" Esmail and the Shameless star first met on the set of his first feature film Comet in 2014 and they got engaged in 2015, according to People, so Rossum probably knows best when it comes to Mr. Robot's — and Esmail's — potential.

In September, Esmail told Deadline that Season 3 would integrate the rhetoric of Republican presidential nominee Donald Trump and his supporters. "The sentiment and the outrage and the support of Donald Trump; the groundswell by which he rose to become the Republican nominee, that sort of atmosphere is going to be used in the Mr. Robot universe and amplified by this great economic collapse which is happening like a slow car accident," he said. "What you’re seeing is the events that stoked those [Trump-like] sentiments."

No matter what Mr. Robot tackles next season, Esmail told the audience at The New Yorker Festival that he knows exactly how the USA drama will end: "I know the ending, yes." But don't worry, he didn't spoil it — when he asked the audience, "Would you really like to know the ending of it?", the crowd resoundingly said no. As this answer proves, even though there are still so many questions to answer on Mr. Robot, fans want to keep the show's mysteries alive until the very end.