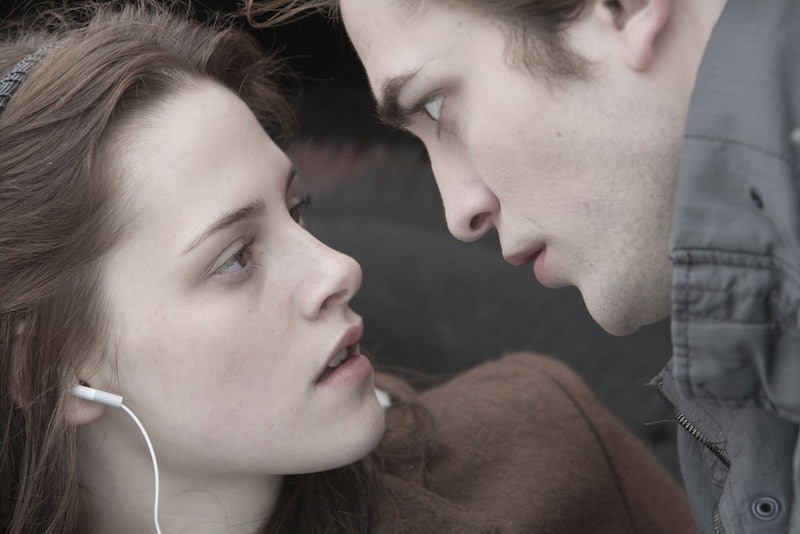 We’re always hearing that we could be having better sex, a better orgasm, or a better relationship. But how often do we hear the nitty-gritty of how we can actually better understand our deepest desires and most embarrassing questions? Bustle has enlisted Vanessa Marin, a sex therapist, to help us out with the details. No gender, sexual orientation, or question is off limits, and all questions remain anonymous. Now, onto this week’s topic: types of verbal abuse.

Q: “My partner and I have been together for almost a year. We love each other so much, but we really need to work on communication. We get in more fights that I’d like to admit, and a lot of those fights can get very heated. My partner always comes back and apologizes afterwards, but some of the things she says in the moment kinda scare me. It doesn't seem like acceptable behavior. I know nobody is perfect, but I would love to see some guidelines about what’s healthy communication versus what’s verbally abusive .”

A: Thanks for the question! I’m sorry you’re having to deal with this situation with your partner. You’re right; nobody’s perfect. Lots of us lose our temper and say things we don’t mean in the heat of the moment. A slip-up every now and again is understandable, especially if your partner understands their mistake and apologizes. I know it can be tricky to sort out when a partner is just being a flawed human being and when they’re crossing over into verbal abuse — so I’ll tackle that topic in a future column! But if your partner consistently demonstrates verbally abusive communication patterns, it’s time for you to think more seriously about whether or not you should stay in this relationship.

Here are 17 verbally abusive patterns and statements to watch out for.

Let’s start with the obvious — your partner calling you a name is inexcusable. It doesn’t matter how upset your partner is, or what they think you "did" to warrant being called a name. We all say things we don't mean in the heat of the moment, but name-calling turns into abuse if it happens more than a couple of times. More serious names like "c--t" — or any other word you've told them is a trigger for you — shouldn't be tolerated more than once.

Yep, yelling is abusive. Even in the midst of the most frustrating arguments, it’s still each of our responsibility to try to prevent ourselves from resorting to yelling. There are ways to get your point across without having to be that aggressive. If it feels like the majority of your fights wind up in yelling, or if your partner gets up in your face with it, you're venturing into abusive territory.

Similarly, tone of voice can be abusive too. Sarcasm and condescension are not acceptable, especially on an ongoing basis. Implied threats are an immediate warning sign.

Example: “Do you remember what happened last time when you made me that upset?”

Here’s another obvious one — if your partner makes any sort of obvious threat against you, your loved ones, or the important things in your life, that’s a glaring red flag. It's time to get out right away.

Examples: “I’m going to leave you if you do that.” “You’re not going to be happy with what happens.”

These types of statements are like the cousins to direct threats. They may seem more innocent, and can even come off as loving or sweet. But they’re means of control. Manipulation is a tricky one to judge, since sometimes people resort to manipulation when they have a hard time coming out and asking what they want and are not intending to manipulate in an aggressive way. Trust your gut instinct on this one. If you start feeling like you're being controlled, you need to re-evaluate the relationship.

Examples: “If you really loved me, you’d stay here with me instead of going out with your friends.” “Don’t you love me? Then why won’t you do [fill in the blank] for me?”

Back to the obvious here — your partner should never make demeaning comments about your gender, sexuality, race, ability, socioeconomic status, or any other identity. This is one-strike-and-you're-out territory.

Examples: “All you Mexicans are like that.” “Are you on your period again?”

Everyone who has ever been in a relationship has been critical of their partners before. It's human nature. But if the criticism is constant, or addresses deeply personal issues, it gets into verbally abusive territory.

Examples: “How many times do I have to tell you this?” “Are you ever going to learn?”

Verbally abusive partners typically don’t like acknowledging responsibility for any of their actions. They are masters at changing the subject or diverting your attention — or they may lash out at you instead of acknowledging their role. This is another one that most of us do at some time or another, but it gets verbally abusive if it happens on a regular basis.

Examples: “Get off my back. Stop being such a nag." "I don't want to talk about that right now."

Since verbally abusive partners can’t accept responsibility, they often resort to blame. Blame is one of the hallmarks of verbal abuse. Relationships are two-way streets; your partner should be able to see the roles they play, and take on some of the responsibility. This is another one to look out for if it happens in the majority of your disagreements.

Examples: “This is all your fault.” “Do you see what you’ve done?”

Similarly, verbally abusive people are constantly on the lookout for things their partner may have done wrong. You may find yourself repeatedly being accused of or questioned about the same suspected misdeeds. If you get accused of the same thing twice, despite there being absolutely no reason for your partner to suspect a betrayal, that starts to constitute abuse.

Example: “Did you cheat on me?”

Sometimes it can feel like a verbally abusive partner has a comeback to every single thing you do or say. It can feel like they’re trying to pick fights about any topic that comes up between the two of you. You can feel when argumentativeness starts to become abusive. It actually feels like you're being drained.

Verbally abusive people have a tendency to trivialize and discount their partner’s feelings. It can even be about minor things, like convincing you that the restaurant you guys went to wasn’t actually as good as you thought it was. This can become abuse, known as gaslighting, when done repeatedly.

Examples: “You don’t really feel that.” “There’s no reason for you to feel that way.”

Your partner may be verbally abusive if they’re constantly bossing you around, acting like they’re your superior. If your partner creates a power dynamic between the two of you, that's abuse.

Example: “You can’t go out until you’ve cleaned the house.”

This can come off in your partner’s tone, or it can be evident in their actions toward you. Partners are supposed to be equals; your partner should not act as though they were better than you. Most of us slip up and act condescending every once in a while, but repeated condescension, especially after you've called your partner out on it, is a sign of abuse.

Example: “See, this is why I have to be the one to handle the money.”

Verbally abusive partners can use purposeful, convenient “forgetting” as a means of controlling you and your actions. Watch out for forgetting behaviors that lead to you being isolated. That's a clear sign of abuse, even if it happens just a few times.

Examples: “Oh, yeah, I forgot to tell you your friends invited you for that girls weekend away. I didn’t think it was a good idea for you to go anyways.”

Sometimes, abusers can try to “play off” their abuse by saying they were just joking. This is another item where you have to trust your gut instinct. It will kick in when something is off.

Sometimes verbal abuse can take the place of stonewalling or ignoring, rather than lashing out. A verbally abusive partner might refuse to engage with you. Occasionally withholding is understandable, but your partner should be able to come back around at a later time and engage in a conversation with you. Unending, reoccurring withholding is abusive.

If this all sounds familiar but you still think these behaviors are relatively normal, stay tuned for my column on how to know when your partner has crossed over from just being flawed into being a verbal abuser.