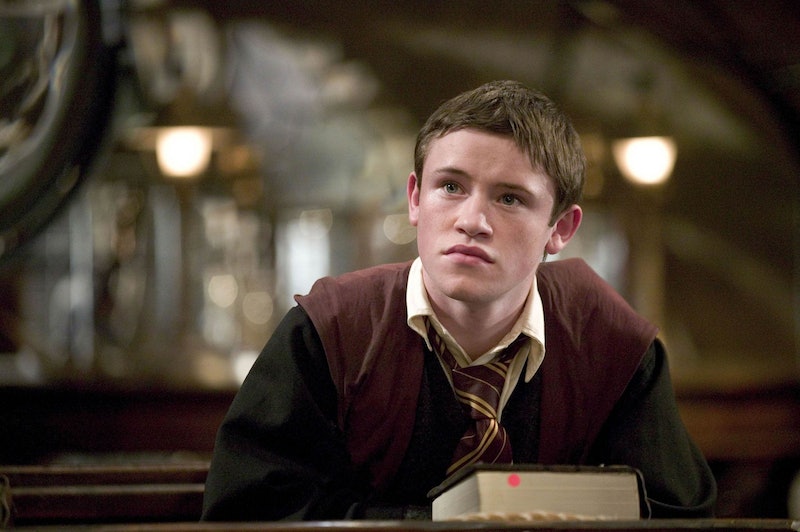 Despite the fact that an estimated 350 million people suffer from depression worldwide, there is still an undeniable taboo in opening up about it. Through essays, art, and scientific explanation of the mental disorder, people are making strides in normalizing it, and creating a world where people feel safe to open up about depression and get the help they need. World Mental Health Day is an excellent example of ways we are making safe spaces to talk about mental disorders, and inspired one Harry Potter actor to open up about depression and his years long struggle with it.

Devon Murray, the now 27-year-old actor who depicted Seamus Finnigan in the Harry Potter films, tweeted on Oct. 10 that he has been struggling with depression for a decade now — and that his recent battle with suicidal thoughts this year was what motivated him not just to open up to the people around him, but to take the opportunity to extend the same sentiment to anyone else who may be conflicted about opening up to their friends and family. His message isn't just important in the effort of normalizing mental health issues, but for inspiring people to take the kind of action that saves lives.

The actor's powerful message immediately generated support from fans and friends alike, many of whom struggled with mental health issues and were impacted by openness about it.

Murray took to Twitter after the stream of goodwill to thank people for taking the time to respond.

World Mental Health Day, created by the World Health Organization, is observed on Oct. 10 every year to promote awareness of mental health issues and help connect people with the help that they need. This year the theme revolved around "psychological first aid," focusing on people who provide psychological support in communities, from teachers to community workers to police. As always, the WHO stressed the importance of opening up about mental health issues to people you trust, and seeking the proper help for them — Murray's tweets are just one more incredibly powerful reminder of just how much of an impact it can have on a life.

More like this
How To Help Your Parents Talk About Mental Health
By Gina Tomaine
What Millennials Can Learn from Gen Z About Mental Health
By Lexi Pandell
Howard Stern's Net Worth: Is He The Richest Man In Radio?
By Hugh McIntyre
Travis Barker & Kourney Kardashian’s Updates About His Health Are Promising
By Stephanie Topacio Long
Get Even More From Bustle — Sign Up For The Newsletter