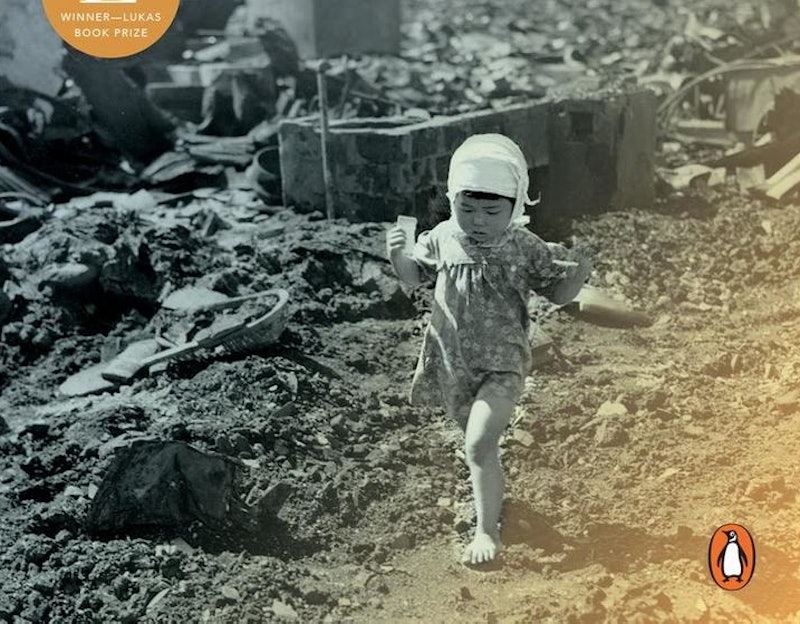 Established in 2006 as an offshoot of the Dayton Peace Prize, the Dayton Literary Peace Prize is the only award given in the U.S. to honor "writers whose work uses the power of literature to foster peace, social justice, and global understanding." Each year, one fiction writer and one nonfiction writer each receive a $10,000 cash prize for work that "advances peace as a solution to conflict, and leads readers to a better understanding of other cultures, peoples, religions, and political points of view."

The Sympathizer has been the literary fiction title in everyone's hands this year. Nguyen's debut novel examines the legacy of the Vietnam War through the post-war life of its protagonist, a Viet Cong spy. In addition to the Pulitzer Prize for fiction, The Sympathizer won the Andrew Carnegie Medal for Excellence in Fiction, the Edgar Award for Best First Novel, and the Center for Fiction First Novel Prize.

Of his win, Nguyen says:

As a realist, I don’t believe in peace. As an idealist, I have to believe in it. We live in bloody and fearful times, but I think back to how, only a few millennia before, our human imagination was once limited to our tribe. Realism meant seeing the world only as far as the horizon. Now we can see further, and our imagination extends far beyond the horizon. Perhaps writers have something to do with that expansion of the imagination, which has occurred while we as a species have collectively groped towards the end of war, conflict, violence, and abuse. The role of writers in these half-blind efforts is twofold. We can portray the worst of what human beings do to each other, and in so doing we can remind readers, and ourselves, that inhumanity is a part of humanity. In the face of that cruel truth, we can also imagine the best that humanity is capable of, and in that way provide a vision, a way to overcome the momentum of past conflicts and inherited bitterness, the inertia of accepting our brutality. A strong dose of unsentimental realism, mixed with a touch of wild idealism — that is one way to imagine what I attempted to do through The Sympathizer. I am honored by this prize, which recognizes that in writing about war, I was also hoping for peace.

Nagasaki might not be quite as familiar to most readers as the other nonfiction finalists on the Dayton shortlist below, but it should not be overlooked. Southard combines more than a decade's worth of interviews with survivors and experts to paint a powerful portrait of the impact of nuclear war on Japan and the world at large.

Here's what Southard had to say about winning the Dayton:

I accept this beautiful award in memory of the hundreds of thousands who died 71 years ago and in the years that followed, and the countless more who faced the acute and long-term terrors of post-nuclear survival. Their day-to-day suffering is still obscured by iconic images of atomic clouds rising over Nagasaki and Hiroshima, or diminished by passionate justifications for using the bombs. Peace is an arduous endeavor and impossible to achieve without a commitment to understanding the grievous harm our actions inflict on others. My deepest gratitude to the Dayton Literary Peace Prize, to the survivors who trusted me with their stories, and to all Nagasaki hibakusha, past and present, who have fervently fought to ensure that Nagasaki remains the last nuclear-bombed city in history.

Dayton Literary Peace Prize judges Alexander Chee (The Queen of the Night), Christine Schutt (All Souls), Rubén Martinez (Desert America: A Journey Across Our Most Divided Landscape), and Evelyn McDonnell (Queens of Noise: The Real Story of the Runaways) named Nguyen and Southard the winners of the 2016 awards. This year's runners-up were James Hannaham's Delicious Foods and Kennedy Odede and Jessica Posner's Find Me Unafraid: Love, Loss, and Hope in an African Slum.

In addition to the runners-up, Nguyen and Southard beat out eight other titles to win the 2016 Dayton Literary Peace Prize. The finalists were:

The 2016 Dayton Literary Peace Prize winners will be honored at a gala ceremony on Nov. 20. Emmy Award-winner and Cincinnati Journalism Hall of Fame inductee Nick Clooney will preside over the festivities.