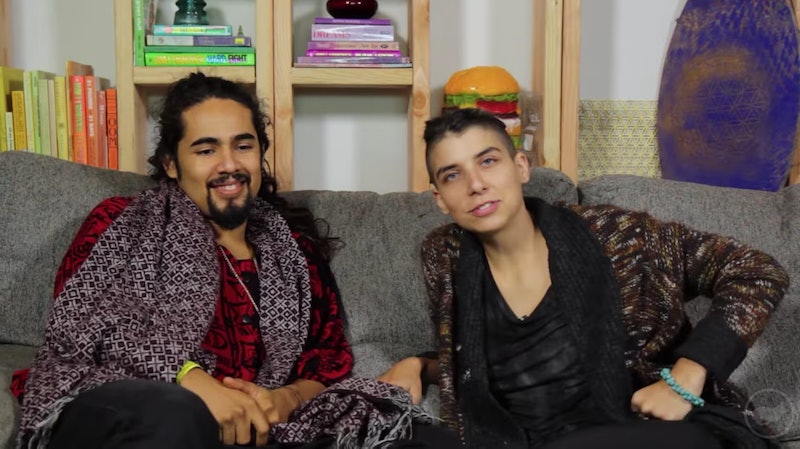 If your relationship was a film, would it be more like a heart-warming comedy or a nail biting thriller? And if your sex life was a movie, which one might encompass the between-the-sheets chemistry that only you and your significant other have together?

But enough about me, here's six couples who compared their sex lives to a movie — and the reasons why:

These two are always on the run, trying to wrangle their kids to make sure they can get a piece of the action.

This duo was a little coy about the implications of their film choice, but it might have to do with the positions they prefer during sex...

With one half of the couple a "Johnny Depp-esque looking character," plus "lots of lust" in the bedroom, this film choice seems to be a perfect fit — although both parties should probably watch it first.

"Because our sex life is very magical!"

This pair has a sex life that's apparently uniquely weird and set to the strains of Danny Elfman's music.