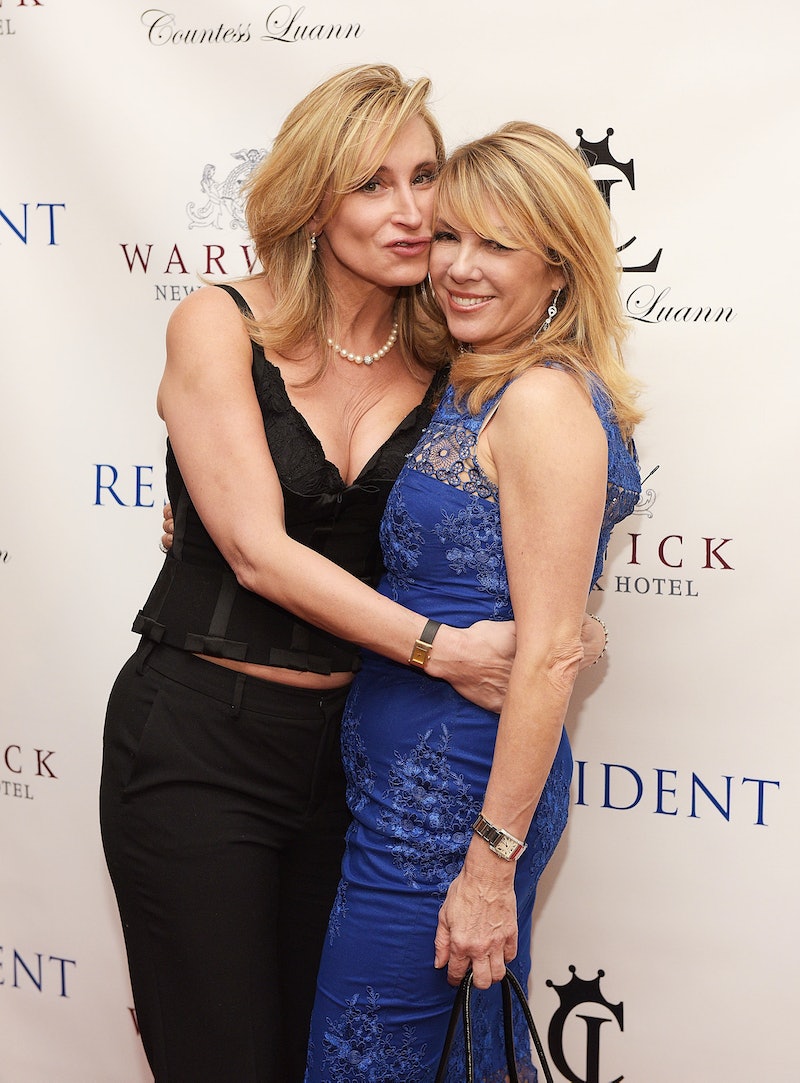 Ramonja aka Sone-yie ’n’ Ramone-yie aka The Real On-Again Off-Again Best Friends Of New York City may still be on the outs, but I refuse to lose hope. On Monday’s episode of Watch What Happens Live, a caller asked guest Sonja Morgan about her friendship with Ramona Singer, and much to my (and Andy Cohen’s) disappointment, The Real Housewives of New York City star said their relationship is "not great." The star of stage and screen confirmed that she and Singer have been on the outs since Season 8, citing issues like the Tipsy Girl debacle.

“Unlike [my relationship with] Dorinda, I do I have very long and deep history with Ramona and I love her,” Morgan said. “But she was not there for me. I didn’t realize until I saw the show air that they were talking behind my back.”

Cohen remarked that they seemed A-OK at the reunion, but Morgan pointed out that was only because she hadn't experienced Season 8 in its entirety.

"I hadn't seen those episodes," Morgan replied. "How they were talking about me and how they were getting in [Bethenny Frankel's] ear, up her rear, out her ear, and all the way around and out her eyes. They were so sucking up to her and so not facilitating our friendship. That hurt my feelings when I saw the show air. That's the thing with the show, you don't see these things until the end, and when I got to the reunion, I was in shock."

As much of a bummer as it may be, Morgan's answer isn't exactly surprising. Over the last several months, Singer and Morgan have said some not-so-happy things about their relationship. In a recent interview with Bravo's The Daily Dish, Morgan had this to say about the other half of Ramonja:

“Ramona was terrible when she was on Watch What Happens Live when she said, 'No, I didn't order anything from her collection because it takes eight weeks.' I mean just saying nothing. I mean, I love her but she's like that Labrador that just jumps up on you and she's just ripping your suede jacket at the same time … I have benched Ramona for a couple of years before.”

But hey, this is the Ramonja coaster we’re talking about; their friendship status will never be set in stone. I don’t doubt these two will work things out eventually (the Ramonja coaster always does), but I hope it happens sooner rather than later. Feel free to call me a sap, but I always root for long-standing friendships to overcome whatever Prosecco bottle-shaped obstacles come their way. And feel free to call me a selfish goblin, but I also always root for good reality television. Morgan and Singer are just better when they’re on the same team, ya know? I don't want to see them fight. I want to see them turtle time all over Manhattan together in their finest jewel toned jumpsuits and sheath dresses, a trail of teeth and laughter in their wake. They’re like the Vicki Gunvalson and Tamra Judge of New York; I could watch Morgan and Singer's shenanigans for hours on end.