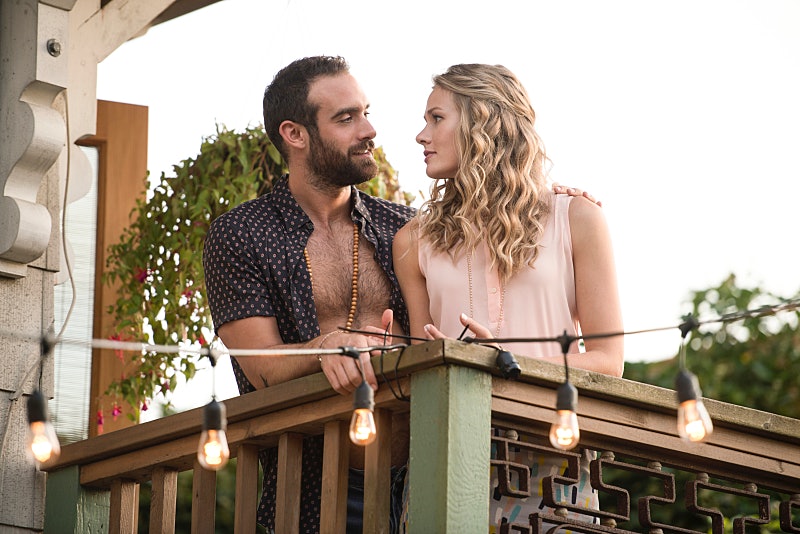 Tensions are definitely rising when it comes to thinking about the impending apocalypse on No Tomorrow. While Evie and Xavier are still getting to know each other, there's still one major question looming that needs to be answered: can Xavier really be trusted when it comes to his apocalypse theory? Sure, he told Evie about how he discovered the world would be ending in the pilot episode — although those details were still pretty scant. And yes, Xavier presents himself as a very free-spirited, fun-loving, adventure-seeking fellow who is, luckily, still very grounded and not the male version of a Manic Pixie Dream Girl. But does that mean that he's a legitimately beli'evable guy? We're only two episodes into No Tomorrow and simply bringing up the topic of Xavier gives way to a plethora of questions.

If we're to know whether Xavier is actually telling the truth, then we have to know what his actual life story is. How did he end up in Seattle? Is his mother still alive? Why was he reluctant to cross the "Have a conversation with dad" item off of his Apocalyst? These are the kinds of questions that will be in dire need of answers in the next few episodes. If we're watching and weighing Xavier through Evie's lens, then audiences (like Evie) will still be a pretty curious bunch.

If there's some reason that Xavier is unreliable, then no amount of very handsome, charming British affectation can keep him from being absolutely laughed off of every soapbox he will inevitably try to get on to spread the word about the apocalypse. There's only eight short months to get the word out and Xavier is the only person on the planet who claims to have solid knowledge and proof of it happening. For one thing, Evie needs to take off those rose-colored glasses ASAP and start digging into Xavier's past to see what is really going on. Otherwise, she will have never truly questioned him, leading to a false kind of trust in their relationship. Call me old-fashioned, but I for one like to know if I can trust the person telling me that the world is going to end before I go gallivanting around and helping them spread the word.