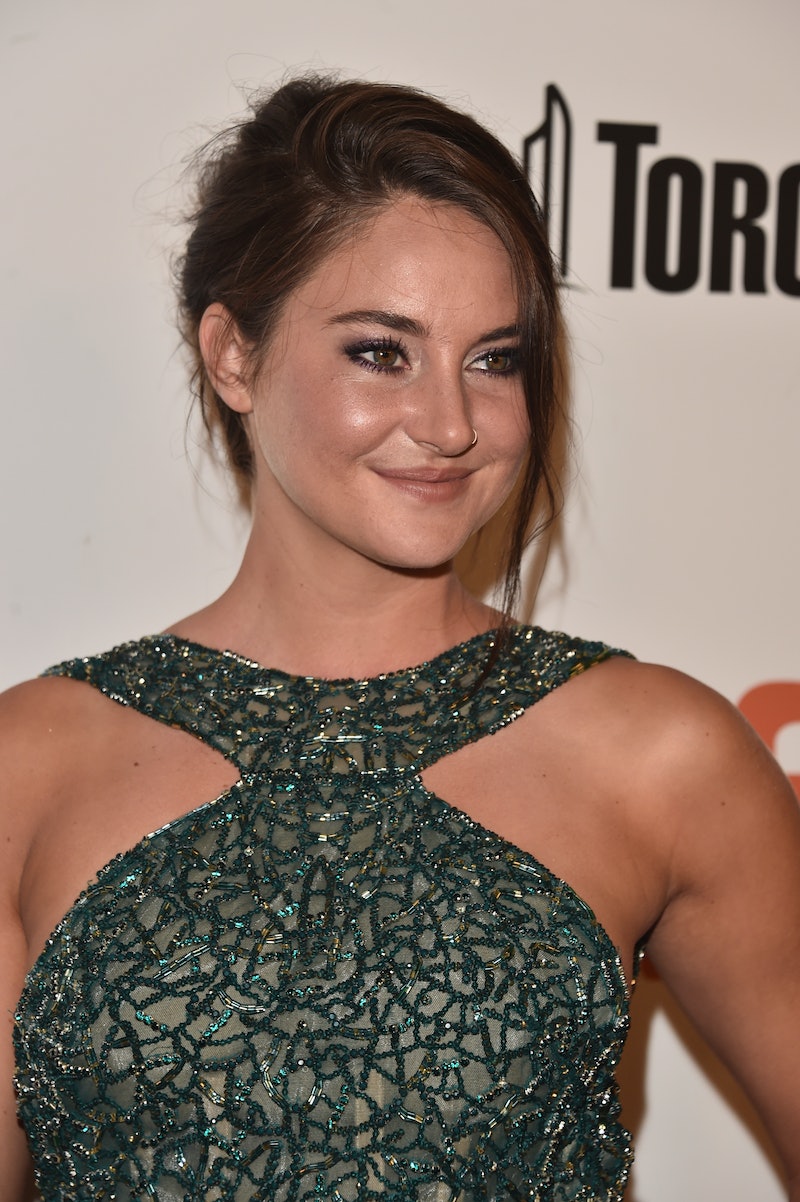 Earlier this week, Shailene Woodley sparked major attention for a cause she cares about. Woodley was arrested for alleged criminal trespassing on Monday while protesting the construction of the Dakota Access Pipeline, according to E! News. Not only that, but she documented the whole experience via Facebook Live, showing fans what happened when riot police arrived during what was intended as a peaceful protest. Her rep confirmed to Bustle that the 24-year-old has since been released from jail. On Tuesday night, Woodley shared her first post-arrest Instagram and made it clear the fight isn't over yet. The caption speaks volumes about her dedication to the protest. She wrote,

one day, baby, we'll sing our poetry. the words dripping from our tongues wet with ripened patience. and the lyrics, the sweet fruits born from the seeds our aging hands are now sowing. #alwaysinallways #heartforward #uptous #NoDAPL #protectcleanwater #iamonyourside

As those hashtags prove, she's still on the side of the Sioux Tribe, who are protesting to preserve their land after the U.S. Court of Appeals rejected their request to halt construction on the pipeline. The Dakota Access Pipeline is a controversial project, since it would destroy some of the tribe's sacred land, as well as potentially endanger their main source of water. Meanwhile, project developers believe the pipeline "is the safest, most cost-effective and environmentally responsible way to move crude oil, removing dependency on rails and trucks," according to CNN. This is where the two sides clash.

You can see Woodley's Instagram below, which features people canoeing on a beautiful body of water. This really brings her #protectcleanwater hashtag to life.

It's admirable that she's not giving up, no matter what happens. Even legal trouble can't get in the way of her determination. Woodley's rep released the following statement to Bustle:

Shailene Woodley has been released from the Morton County Jail in North Dakota. She appreciates the outpouring of support, not only for her, but more importantly, for the continued fight against the construction of the Dakota Access Pipeline.

Based on her track record, this is likely not the last Woodley will say on the matter. There's no denying her passion and I'd have to guess she'll post another Instagram or Facebook Live in no time.