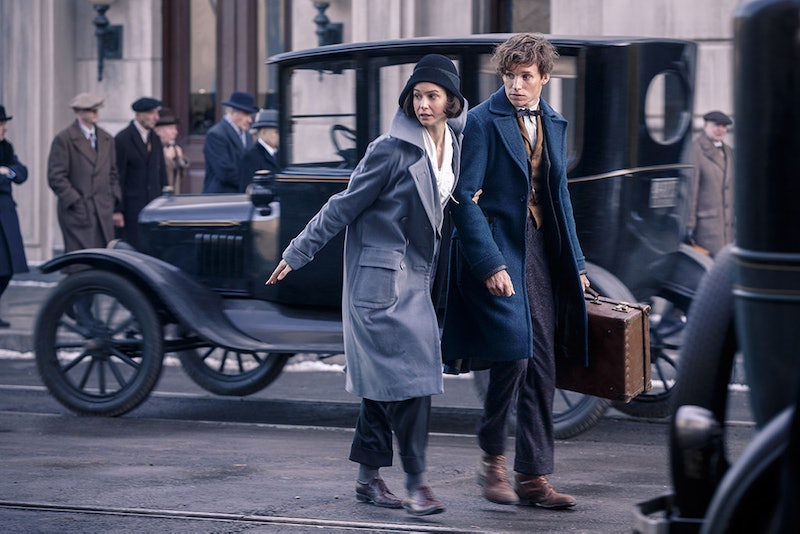 When the news broke that Fantastic Beasts and Where to Find Them would be a five-movie series, I can't have been the only one throwing a little side eye, right? Five movies is a lot of movies, especially when we're talking about a spin-off based on a book mentioned offhandedly in the Harry Potter series. A series, mind you, that already spawned seven books and eight movies on all on its own. But now that I've had a moment to think about it, I'm convinced that Fantastic Beasts does, in fact, need five movies, and I'm here to tell you why.

Long story short, a lot of us millennials already had our shot. We grew up with the Harry Potter series, and the next generation missed out on that. They deserve to grow up with their very own franchise, straight from J.K. Rowling herself. Maybe you don't remember how cool it was to have books and movies continuing this magical storyline coming out in real time, but that was an amazing thing. Sure, all those original books and movies still exist, but there's something so special about a midnight showing or a book release party.

It was a huge part of my childhood, and I truly can't wait for the generation behind me to experience that same thing. We got a taste of it with the launch of Harry Potter and the Cursed Child, with people lining up in costumes at bookstores. That was exactly the jolt of nostalgia that I needed to remind myself that five more Harry Potter movies can only be a good thing.

And this is without me even taking into account the fact that these will probably be action-filled movies, jam-packed with information and plot twists that no one could see coming. After all, the only world we've really explored in depth has been Hogwarts and its surroundings; this is an entirely new location in an entirely new time frame that we're talking about. With no books to pull from, five movies is probably just about right to introduce us to all the new terminology. (I'm still struggling with "No-Maj" versus "Muggle," and that's just from Fantastic Beast 's trailer.)

This is an extremely lucrative franchise, and everyone who stands to benefit is going to make sure they do so. I think we should all be grateful that we're getting a spinoff instead of a reboot of the original story. This way, we get new characters and new worldbuilding stuff, and we don't have to suffer through someone who isn't Daniel Radcliffe playing Harry himself. Everybody wins.

Obviously, there is a chance that Fantastic Beasts will be disappointing to some fans, along the same lines of how I feel about Harry Potter and the Cursed Child , or, as I call it, The Play That Shall Not Be Named. But the great thing about having four more movies in the chamber after that first one is that the franchise will get the opportunity to shake things up and take a different angle moving forward. The original franchise had that, and I think that chance to find a voice and a direction is a big part of why the later movies were so great.

We all have a lot of strong feelings about Harry Potter. How could we not, when we were essentially raised on this series? But the way that we built those strong feelings up was by growing up with the books and the movies, and feeling like we were included in that world. It's one of my favorite parts of the franchise, and who am I to deny the next generation that right? That feeling?

I'm so glad that another generation gets to share in the joy of the Harry Potter world with Fantastic Beasts and Where to Find Them. All five films of it.