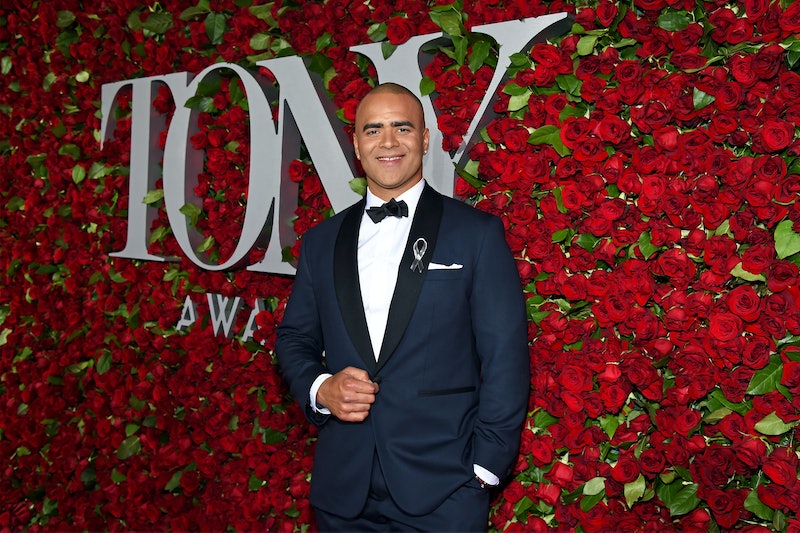 This truly is the end of an era. The Hollywood Reporter revealed Friday that longtime star Christopher Jackson is exiting Hamilton , after he originated the role of George Washington in the Broadway production. Jackson was one of the last remaining original cast members still with the hit Broadway show, but after Nov. 13, he will leave Washington in actor Nicholas Christopher's capable hands. Even though Jackson is leaving Hamilton behind, though, he will not be disappearing from the limelight: As the Hamilton chapter of his life closes, Jackson is preparing for his next big adventure.

Part of his adventure is already underway. Jackson has a recurring role on the new CBS drama Bull, where he plays a stylist for defendants who need to look their best to get the jury on their side. The role has Jackson front and center on TV screens each week, and should keep him busy at least until May as long as Bull continues to be a ratings winner for CBS. The role is taking Jackson back to his TV roots in a major way: He previously had roles on Oz, The Good Wife, and Nurse Jackie.

The majority of people know Jackson for his commanding performance as Washington and his ability to belt out a killer tune, though. If you are in the latter camp, then prepare to get psyched — Jackson has recorded an original song written by Hamilton creator Lin-Manuel Miranda for the upcoming Disney movie Moana . Yes, that means there is a new Miranda/Jackson collaboration in your future.

That is not to say seeing Jackson leave Hamilton will be easy. He brought Washington to life with a level of confidence and coolness that is going to be hard to match. Jackson took home a Tony for his efforts, and the major impact the show had on his career and life is not lost on Jackson.

"Being a part of the Hamilton family has been the most thrilling and rewarding experience of my career," Jackson told The Hollywood Reporter. "I will forever be indebted to Lin, Tommy [Kail], and our amazing producers and creative team for the trust they’ve shown me onstage and off. I look forward to the next chapter."

So far, Jackson's next chapter is looking amazingly bright. Today, Jackson has Moana and Bull to keep him busy, and it will not be long before his dance card is completely full. A talent like Jackson has nothing but amazing things in his future. Just you wait.