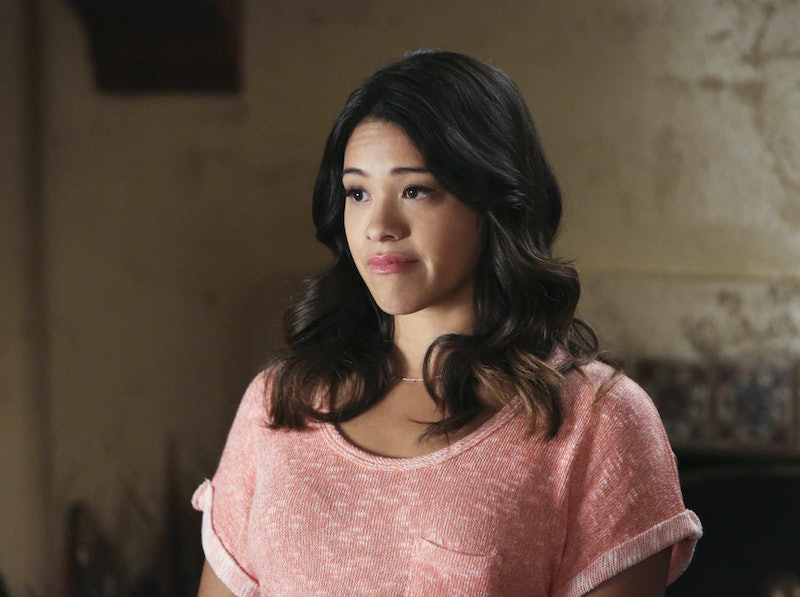 The second season of Jane the Virgin wrapped with a devastating shot. Quite literally: in the final moments of the finale, Jane's newly minted husband, Michael, was shot. And now, he might be dead, but we don't know for sure yet, because no one will tell us until next season of the show since that's how showbiz works or something. Anyway, now that the Jane the Virgin Season 3 premiere is creeping closer and closer (Monday, Oct. 17), a few hints about what's set to happen with Jane and her life are beginning to pop up. For instance, the show's executive producer Jennie Urman talked to TVLine about what's in store for Jane, and it sounds like some pretty serious stuff. In fact, Urman used the phrase "big life milestones." So, prepare yourself for some changes.

Naturally, all these changes and challenges will not only have an effect on our protagonist Jane "The Virgin" (does the show have to change its title?), but on the series as a whole. In the third season, not only is Jane the person growing up, Jane the Virgin the show will be maturing too. You feel me?

We already knew that Jane was going to lose her virginity as of September, when Urman told EW of the news. “She does lose her virginity this year. It’s in the first half of the season, and it’s quite a big episode for us.” As any fan will tell you, the fact that Jane's going to have sex doesn't matter as much as who she's going to have it with, which is probably why Urman called the episode "big." As Michael's fate hangs in the balance, fans have been quick to assume that the lucky love interest might be Rafael (Justin Baldoni). But, there's also the possibility that it's a totally new guy. Or there's the possibility that Michael could be alive and well. Anything could happen.

Maybe that's what Urman means when she talks about Jane "letting go of the fairytale version of what she thought her life was going to look like," — as in, perhaps the sex won't be treated as some huge, momentous occasion anymore because Jane has moved on from that ideal. It's a big moment because it's about her and one other person, not because it's about her and some romanticized version of what "losing" one's virginity is "supposed" to look like. And as Jane's our protagonist, when her viewpoint matures, so does the show's. We've all been afforded the great, romantic wedding between Jane and the love of her life last season, and look where that led everyone. (Possible death. Just saying.)

So here's a question that will hopefully be addressed in Season 3. Does growing up and maturing for Jane mean looking at things from a more realistic lens for the show? Urman and the series' writers have constantly explored the romance genre, and twisted and bended it, and frankly, turned it on its pretty little head. Maybe the next "big step" is how Jane the Virgin continues to find romance in the sometimes banal, most of the time messy, reality of life. In other words, how Jane the Virgin continues to find romance once the veil has been lifted.