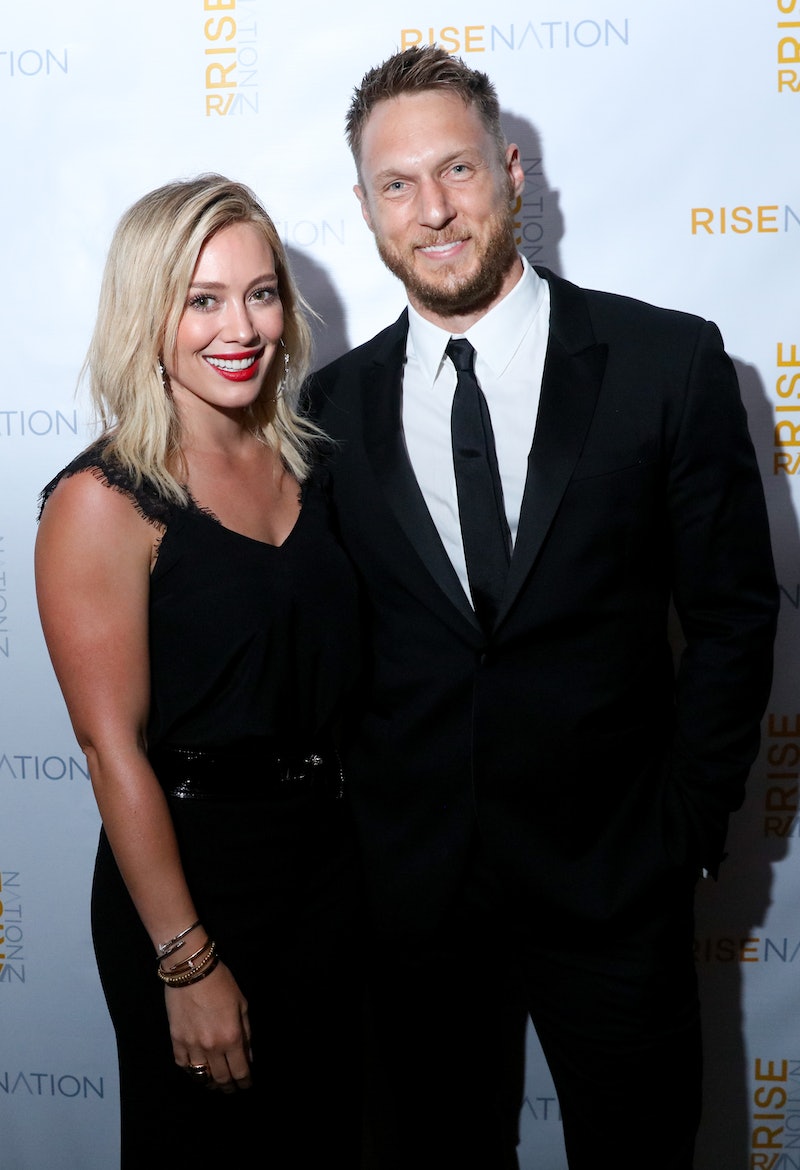 Finally! It's been all-too-obvious all along, but Hilary Duff just kissed Jason Walsh on Instagram and it's the relationship confirmation fans have been waiting for since the former Lizzie McGuire star and her personal trainer were both linked together back in 2015. Duff posted the sweet image so casually — "Date night with J," she captioned the photo of them kissing, complete with the heart emoji — just like everyone knew the whole time (psst: we did).

Truth be told, there have been so many paparazzi photos of Duff and Walsh holding hands, going out on date nights, and even more ~official~ red carpet photos (like when the two attended an event for Walsh's gym) that it was super obvious that they're together. But sources denied this fact initially, telling E! that the two were "just friends."

"He's her trainer and they hang out. They are not dating," an insider told the site in March 2015. "They hang out and they are friends." This later turned into "casually dating," a source revealed to E! in June 2016.

And now, of course, it seems like things are as official as they come. It certainly doesn't seem like you'd post a kissing photo — an official announcement, to be sure — with someone you're just seeing "casually":

This Instagram marks the first time that Duff has publicly acknowledged her relationship with Walsh on social media. And honestly, it's pretty sweet. There's a laundry list of reasons as to why Walsh is a great match for the singer and actor — in part because they started out as friends and also because he's great with kids, which is awesome for Duff's son, Luca — and it's exciting that they feel like they're now in a place to go completely public with their romance.

Here's to many more date nights (and many more cute Instagrams) for the happy couple. Yay for DTR!