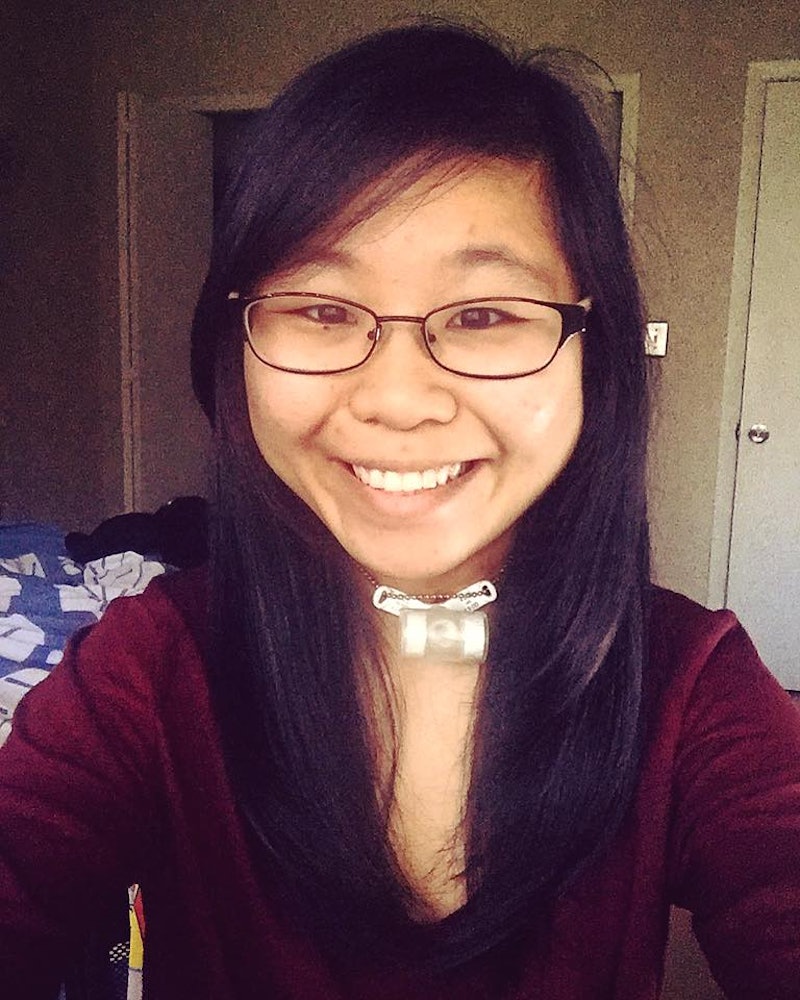 You've heard it before: You must walk a mile in people's shoes before you really start to understand where they're coming from. That's essentially the logic behind disability simulations, and in theory, it makes a certain amount of sense. But as someone who's had a disability for 24 years, I can list several reasons why disability simulations aren't helpful in the long run; indeed, they can even be harmful to the disability community.

Like any other group of people, the disability community isn't monolithic. There are a lot of issues that we may disagree on, including the use of disability simulations, which are often used to spread awareness about a certain disability. Disability simulations, also known as empathetic modeling, range from wearing your arm in a sling to getting around using a wheelchair for a period of time. The idea of these simulations is to let able-bodied people experience what it's like to have a disability, whether that's visual impairment or paraplegia.

But while I appreciate any genuine effort to better understand people with disabilities (PWD), those efforts can often backfire in the case of a disability simulation.

Having a disability is an identity, not an experience that merely lasts for a few minutes or hours. One doesn't simply "experience" a disability in the same way you experience a roller coaster at an amusement park.

I was in eighth grade when I had my first experience with someone who tried to simulate my disability. At some point during lunch, a tall, blond-haired boy asked me what would happen if my tracheostomy tube — a white, plastic device around my neck that helps me breathe — got blocked. As a kid who grew up getting questions from random strangers a lot and didn't mind it, I told him the truth: If my trach got blocked, oxygen wouldn't get through to my lungs and things would very quickly go south.

"You mean, like if I put this grape here," he said, plucking a large green grape from his lunch bag and placing it near his own neck, "you wouldn't be able to breathe?" I nodded yes.

That's when he started pretending to hyperventilate, two fingers still pressing a grape to his neck, as if imagining what it'd be like for me to not breathe. He laughed, and the other guys joined him.

Three years prior, I'd gone to the hospital after my trach got blocked from an internal buildup of hard mucus. When it was actually happening, it felt like I was sucking through a very narrow straw and falling into a tunnel at the same time. That night, I went into cardiac arrest and almost died.

Watching that boy feign respiratory shock prompted my own visceral reaction of shock and evocative pain. I'll never forget it; even though it only lasted a minute or two, I've been harboring that memory for years. Yes, we were only in eighth grade. Yes, it was just meant as a "joke"; the boy probably had no idea how emotionally damaging his actions were. And yes, people who are actively trying to educate themselves about disabilities usually have good intentions.

But the reason I was offended is at the root of the main problems behind all disability simulations.

First and foremost, having a disability is an identity, not an experience that merely lasts for a few minutes or hours. You don't simply "experience" a disability in the same way you experience a roller coaster at an amusement park. Doing something like putting a cloth over your eyes for a limited amount of time is completely different from actually living with visual impairment on a daily basis. At the end of the day, PWD can't "turn off" the disability switch, just like you can't pick and choose your race — but people who are able-bodied have the privilege of stopping the simulation at any time when they start to feel uncomfortable. And once the disability simulation is over, the difference between life with and without a disability will be even more noticeable. The tendency is to think, "Wow, I sure am glad I don't have this disability."

That's when he started pretending to hyperventilate, two fingers still pressing a grape to his neck, as if imagining what it'd be like for me to not breathe. He laughed, and the other guys joined him.

This last point matters in more than one way: It also "others" people with disabilities. As disability activist Emily Ladau says, a disability simulation is "more likely to evoke empathy or pity than true acceptance." Disability simulations can often further promote the idea that a disability is a constraint, or that having one equals incompetence, because people who are "trying it out" for the first time aren't going to be used to it. Chances are, people who are disabled have learned how to cope and adapt to a society that's tailored for able-bodied people.

Another reason why disability simulations are often counterproductive is that a disability usually encompasses a wide variety of features or symptoms, many of which are social or emotional. A disability simulation can't mimic every symptom, including ones that aren't purely physical. Thus, people who don't have that disability may incorrectly assume that, for example, having depression is only about being "sad" or "down in the dumps," when in reality, it is much more than that. A simulation also usually fails to quantify how society can make life difficult for people with disabilities by not providing resources or accessibility. It doesn't help people understand what it's like to be picked last as a dating choice, or to experience microaggressions daily, or to be discriminated against — even subconsciously — during a job interview.

It's worth noting that even people who have disabilities can make these mistakes if they don't have the same disability that they're simulating. And, again, my take on disability simulators may be different from many other PWD; there may even be disagreement between people with the same disability. Even though I've got a trach tube, that doesn't mean I have a better idea of what it's like to be, say, blind than an able-bodied person.

Back in late September, Diane Shipley over at The Establishment reviewed a new online simulation game called Robin, which was meant to educate people what it's like to have chronic fatigue syndrome (ME/CFS). She wrote, "There are many things this brief game can’t convey about ME/CFS. Chief among them is that it’s not only about being tired." As she notes, other symptoms can include muscle and nerve pain, which the game cannot truly allow others to experience.

The thing about Robin, though, is that one of the designers who created the game actually has ME/CFS. Similarly, Victor Widell created a website to demonstrate just how difficult it can be to read and have dyslexia, and people with dyslexia all over the world thanked him and told him how awesome his efforts were. Again, opinions among members of the disability community differ dramatically; for many, it can be helpful to know that others are making efforts to understand what it's like to have their disability.

It doesn't help people understand what it's like to be picked last as a dating choice, or to experience microaggressions daily, or to be discriminated against during a job interview.

If PWD feel empowered to develop these simulating experiences for others, and if that's what makes them feel like they're building awareness for their disability, that's wonderful. But not all people who are disabled feel the same about disability simulations, and it's important to recognize these tools' flaws and potentially harmful effects on the disability community.

I never resented that boy in eighth grade, mainly because I knew he didn't really mean to trigger any negative memories; he was always pretty nice to me in general. But kids participate in disability simulations like "blindfold walks," too. The most important thing, ultimately, is to be mindful of how we're teaching people about disabilities and to strive for better ways of empathizing and respecting those who are different from you.