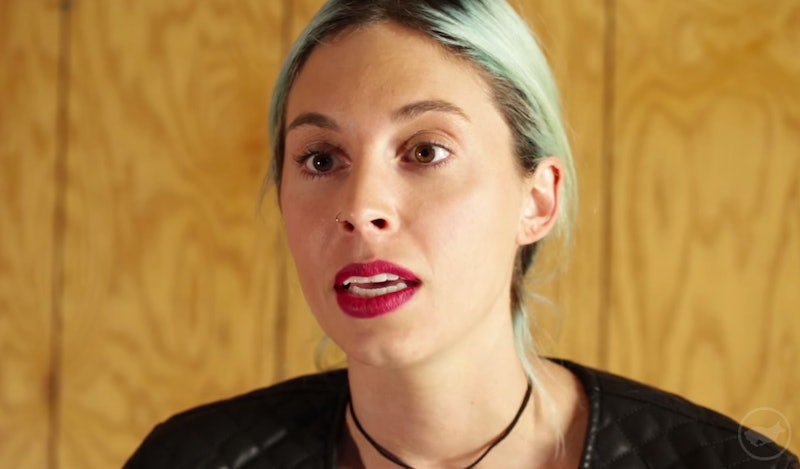 After Donald Trump's misogynistic remarks glorifying sexual assault were broadcast to the world, women across America have come forward to share their own stories of surviving sexual assault. Although Trump and many Republicans are writing off his comments about grabbing women "by the pussy" as "locker room talk," a more fitting term for the conversation between the billionaire businessman and Access Hollywood host Billy Bush would be "rape culture."

Named by feminists in the 1970s, rape culture is a culture which normalizes and even celebrates coercive and violent sexual contact. Rape culture is the song on the radio that ignores consent, it's a joke making light of sexual assault, and it's the light sentence a judge gives a young rapist who just "made a mistake."

To show how common the behavior that Trump brags about really is, BuzzFeed put together a video of women detailing the times they have been "grabbed by the pussy." The short is powerful and disturbing because of how pervasive these experiences are, how young they start, and how violated and powerless these women felt in response to the unwanted sexual contact. These are just a few of the circumstances around their sexual assaults:

During her senior class trip to Mexico, members of an American snowboard team ganged up to grope her on an airplane.

At 21, she was riding the bus on the way home when she was assaulted by a stranger.

She thought he was being polite by walking her back to her hotel room, until she put the key in the lock and he pushed his way inside to aggressively grope her.

She was 16, and trying to have fun at a teen dance on a cruise ship before he approached her, complimented her dancing, slid his hand up her skirt, and grabbed her genitals.

She was 14 years old, on the school bus, when an older classmate walked up to her and started touching her without consent.

"You touched me in a way that I felt violated afterward, and that counts," said one video participant. "This experience wasn't violent, but it was violating. And that counts."