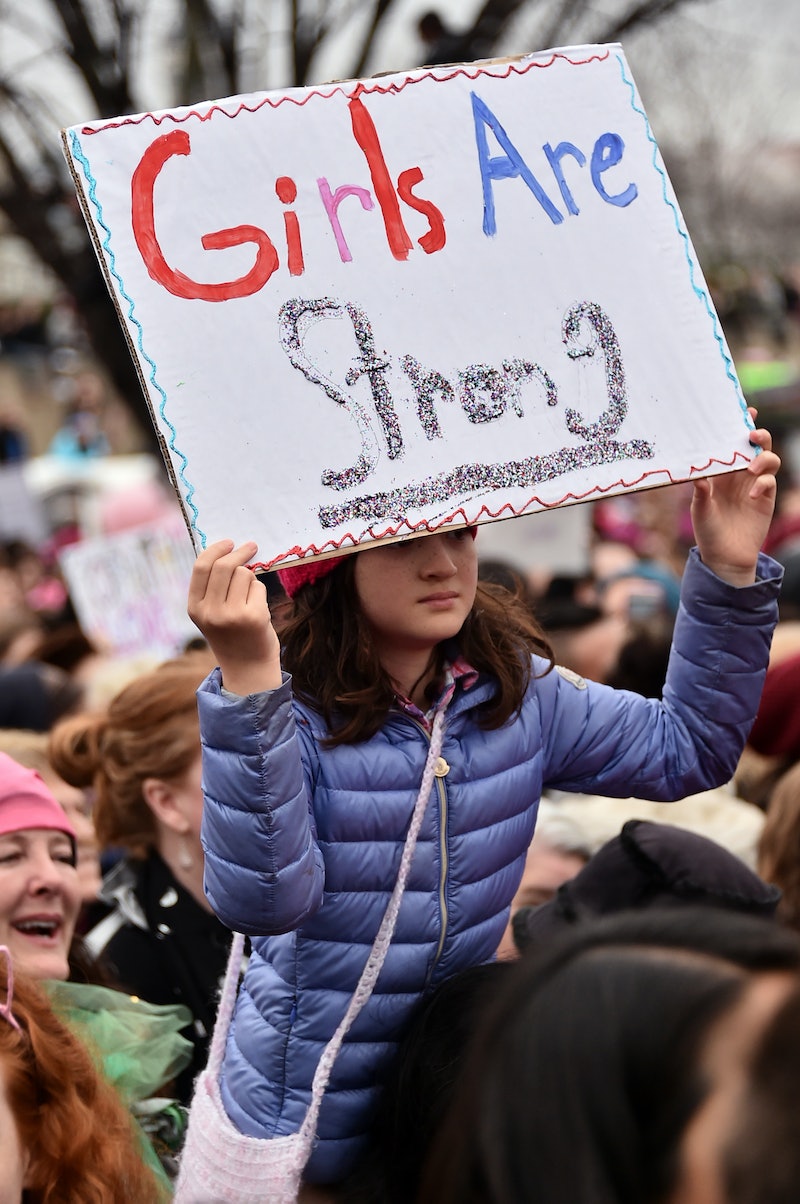 Before Brock Turner was sentenced Thursday for sexually assaulting an unconscious woman in January 2015, several of his friends and family members sent letters asking the judge to go easy on him. One particular letter, from Brock Turner's childhood friend Leslie Rasmussen, expresses many of the major misconceptions our society holds about sexual assault. She's not the only one who holds them, so for everyone's sake, it's time to debunk them yet again.

"I don’t think it’s fair to base the fate of the next ten + years of his life on the decision of a girl who doesn’t remember anything but the amount she drank to press charges against him," Rasmussen wrote. "I am not blaming her directly for this, because that isn’t right. But where do we draw the line and stop worrying about being politically correct every second of the day and see that rape on campuses isn’t always because people are rapists."

In case you were wondering what people mean when they talk about rape culture, this is it. In this letter, Rasmussen takes nearly all of the troubling ideas we hold about sexual assault that are normally conveyed subtly and puts them all out there. Here are some of the myths expressed in the letter that we seriously need to stop believing.

Rasmussen writes that rape "isn't always because people are rapists." But rapists are literally the only cause of rape. If there were no rapists, there would be no rape, no matter how drunk anybody got or what anybody wore. If someone rapes somebody, they are a rapist. Star athletes and students like Turner are not the exception to that rule.

Men who rape women on college campuses, Rasmussen wrote, "are not rapists. These are idiot boys and girls having too much to drink and not being aware of their surroundings and having clouded judgement." This implies not only that alcohol makes rape less bad because it's just a result of "clouded judgment," but also that rape victims are "idiots" for drinking "too much" and leaving themselves vulnerable. Again, it's not relevant how much either party had to drink, because nobody causes rape but rapists. The common refrain applies here: It's not anyone's responsibility to not get raped. It's rapists' responsibility to not rape in the first place.

If men who rape women on college campuses aren't rapists, then who is? According to Rasmussen's statement, rape is "a woman getting kidnapped and raped as she is walking to her car in a parking lot." But according to the Rape, Abuse & Incest National Network, about four out of five sexual assaults are committed by someone the victim knows. Rape can be committed by a partner, friend, family member, or acquaintance. In fact, this is often what makes the crime so painful: The perpetrator abused the victim's trust.

"I am so sick of hearing that these young men are monsters when really, you are throwing barely 20-somethings into these camp-like university environments, supporting partying, and then your mind is blown when things get out of hand," Rasmussen writes. This implies that rape is a natural consequence of men having the freedom to do what they want. But rape is not a spontaneous effect of hormones gone awry — it is a choice made by the rapist, and people always have the choice to not rape.

5. MYTH: If Someone Is Well-Liked, They Can't Be A Rapist

Along with her letter, Rasmussen attached a photo of Turner from high school. "He has always had that huge, loving smile on his face," she wrote. "The caption is even 'd’awwwww' because he was always the sweetest to everyone." While it may seem incomprehensible that someone with this demeanor could be a rapist, the truth is that we live in a culture that teaches people — especially men — that consent doesn't matter. But the truth is that anyone's friend, son, neighbor, or classmate could be a rapist, whether they're well-liked or not.

6. MYTH: The Perpetrators Are The Real Victims

Like the letter written to the judge by Brock Turner's father, Rasmussen's letter expresses more sympathy for the perpetrator of this crime than for the victim. "It's pretty frustrating to see the light that people are putting him in now," she writes. "It used to be 'swim star' and now it's like he is the face of rape on campuses." But if he didn't want to be used as an example of rape on campuses, then he shouldn't have raped someone. His victim, on the other hand, suffered through no fault of her own. "I am a human being who has been irreversibly hurt, my life was put on hold for over a year, waiting to figure out if I was worth something," she said in a statement read after the sentencing.

Rasmussen repeatedly makes reference to the victim's alcohol usage, as if it mitigates the fact that Turner took advantage of her inebriation. But she wasn't raped because she drank. She was raped because somebody decided to rape her, and that is and always will be the sole reason that sexual assault happens.

More like this
What The History Of Pride Month Means For Celebrations Today
By Jay Polish
Is TikTok’s “Villain Era” Trend Just An Excuse For Bad Behaviour?
By Chanté Joseph
How The City Healed Five Years On From The Manchester Arena Attack
By Ella Glover
7 Gun Control Advocates To Follow On Twitter
By Madhuri Sathish-Van Atta
Get Even More From Bustle — Sign Up For The Newsletter